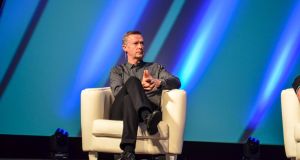 The company, whose platform is trusted by financial institutions to monitor 354 trillion transactions with a daily value in excess of $1 trillion, was founded by the late Prof John Lewis and three Trinity College Dublin post-graduate students in 2000.

Its products are used by banks, exchanges, market makers and service providers to streamline operations for investors and operators. Among its major customers are Morgan Stanley, Nomura, Commerzbank, Thomson Reuters, the Nasdaq, the London, Moscow and New York stock exchanges, and Deutsche Börse.

Turnover rose 36 per cent to €39 million from €28 million on the back of growth from existing clients, and a 25 per cent year-over-year increase in net new customers across emerging markets such as Mexico, Brazil, and Indonesia.

The company, which is headed by Donal Byrne, said it needed to expand beyond financial markets for further growth. It added that it was struggling to meet recruitment requirements currently.

“There is considerable competition in Ireland for skilled developers and, while efforts have been made to mitigate this risk with developers based in Poland, Spain and India, recruitment remains a challenge for 2017,” the directors said.

With its headquarters in Dublin, the company also has offices in New York, Tokyo, London, Hong Kong, Krakow, and Toronto.