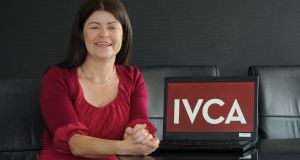 IVCA chairwoman Gillian Buckley said the fall in first-time funding rounds was a major concern but was understandable.

Start-ups struggled for funding in the second quarter of the year as venture capital firms prioritised companies already in their portfolios.

The Irish Venture Capital Association VenturePulse survey published in association with William Fry reports a near 60 per cent slide in first time funding during the second quarter as a handful of start-ups raised their first equity rounds.

This comes even as funding overall rose almost 60 per cent to €364 million.

“The fact that we recorded a record quarter in this period seems counter intuitive but may be explained by VCs looking to assist client companies overcome the threats caused by the pandemic and upping their investment in this quarter to help them through the next 12 to 24 months,” said Gillian Buckley, chairwoman of the IVCA.

“The fall in first time funding rounds is a major concern but understandable as VCs focussed on backing existing portfolios rather than seeking out new investments.”

Among the investments announced during the quarter were a €65 million raise by at-home testing company LetsGetChecked, and €73 million by fintech company Fenergo. Other notable deals were an €18 million raise by analytics company Profitero and and €17 million for drug-delivery company Avectas.

The funding was led by the life sciences sector during the quarter, which accounted for 33 per cent of the funds closed in the three month period. That was followed by software at 27 per cent and fintech with 21 per cent of the total.

“In our pre-budget submission we will be recommending how to enable an innovation-driven economic recovery by attracting new private investors in start-ups through increased tax relief for high risk, early stage firms,” she said. “This is particularly critical as many VCs have accelerated investments to ensure the survival of existing portfolio companies, leaving potentially reduced fund reserves for new investments.

“This will have an impact on future investment levels, particularly as the Covid-19 pandemic continues to disrupt the economy.”

For the first six months of the year, venture capital and private equity investment is 38 per cent ahead of last year at €593 million.

Deals under €5 million fell by 7 per cent.