Uber board to discuss whether CEO Travis Kalanick should step away

After a year of controversies, Uber's CEO Travis Kalanick is under the scrutiny of the board at the taxi-app company. The question is, will his role survive? 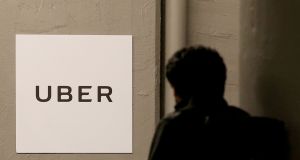 San Francisco-based Uber is valued at nearly $70 billion but has yet to turn a profit.

Uber’s board will discuss chief executive Travis Kalanick temporarily stepping away from the embattled ride-hailing firm and consider sweeping changes to the company’s management practices at a meeting on Sunday, according to sources .

The source said the board will discuss Mr Kalanick taking time off from the company. The discussion involved the possibility that Mr Kalanick might return in a role with less authority, the source said, either in a position other than CEO or as CEO with narrower responsibilities and subject to stronger oversight.

The source said it is not clear that the board will make any decision to change Mr Kalanick’s role. The board is expected to adopt a number of internal policy and management changes recommended by outside attorneys hired to investigate sexual harassment and the firm’s broader culture. The outside lawyers made no recommendation about Mr Kalanick.

The meeting could be a pivotal moment for the world’s most valuable venture-backed private company, which has upended the tightly regulated taxi industry in many countries but has run into legal trouble with a rough-and-tumble approach to local regulations and the way it handles employees and drivers.

At the Sunday meeting, according to sources, the seven voting members of Uber’s board, including Mr Kalanick, are expected to vote on recommendations made by the law firm of former US attorney general Eric Holder, which conducted a review of the company’s policies and culture.

The review was launched in February after former Uber engineer Susan Fowler published a blog post detailing what she described as sexual harassment and the lack of a suitable response by senior managers. Ms Fowler now works for digital payments company Stripe.

Uber’s board will likely tell employees and the public of its decisions by Tuesday, one of the sources said.

Mr Kalanick has developed a reputation as an abrasive leader, and his approach has rubbed off on his company. The 40-year-old executive was captured on video in February berating an Uber driver.

“I must fundamentally change as a leader and grow up,” Mr Kalanick said in a statement following the video’s release.

Uber board member Arianna Huffington said in March that Kalanick needed to change his leadership style from that of a “scrappy entrepreneur” to be more like a “leader of a major global company.” The board has been looking for a chief operating officer to help Kalanick run the company since March.

The report was prepared by Holder and partner Tammy Albarr?n at Covington & Burling, which did not respond to requests for comment. It comes shortly after another law firm, Perkins Coie, submitted a separate report on sexual harassment and other employee concerns at the company.

On Tuesday, Uber responded to that report’s findings by saying it had fired 20 employees for a variety of reasons, and was increasing training and adopting new policies. Uber said that report considered 215 cases encompassing sexual harassment, discrimination, unprofessional behavior, bullying and other employee complaints.

San Francisco-based Uber is valued at nearly $70 billion but has yet to turn a profit.