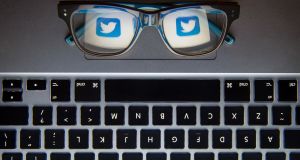 Twitter may be preparing to raise its character limit to the thousands from the current 140 for tweets, a person with knowledge of the matter said.

The maximum number of characters in a post could be raised to as much as 10,000, or it could be half that, depending on how users respond to trials, said the person, who asked not be identified as the changes have not been decided.

Chief executive Jack Dorsey has been pushing the company to think of ways to make the product more engaging.

Last month, Twitter began experimenting with a new order that shows users the most relevant content first, instead of the usual format of displaying recent posts in reverse chronological order.

Re/code reported earlier on Tuesday that Twitter was considering the new limit.

1 Eason acquires rival Dubray Books for undisclosed sum
2 Solar panels: Are they worth the investment?
3 Bank leaked my loan request to family who tried to rip me off
4 Fuel company loses €1.3m challenge over tax bill
5 When the Chemistry no longer works – the closing of a leading Irish ad agency
Real news has value SUBSCRIBE