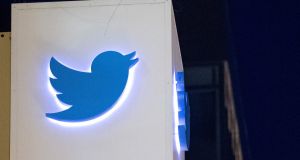 Twitter easily beat Wall Street’s revenue and profit estimates on Thursday, pushing its shares up nearly 16 per cent before the opening bell, as higher advertising sales offset a drop in monthly users as the site removed accounts suspected of abuse.

That contributed to a similar jump in overall revenue from a year earlier to $758 million, beating analysts’ average estimate of $702.6 million, according to Refinitiv data. The company reported adjusted profit of 21 cents per share, well above the average estimate of 14 cents.

The company played down a larger-than-expected decline in monthly active users, saying it was focusing on removing accounts used for disinformation, hate speech and other abuse to solidify a base of high-quality users who are attractive to advertisers.

Twitter has deleted millions of suspicious accounts after it and other social media services were used in misinformation campaigns attempting influence voters in the 2016 US presidential race and other elections.

Last week it disclosed it had removed some 10 million tweets that it thought were the work of Russian and Iranian government-backed influence operations. Twitter said in a conference call on Thursday that the cleanup effort, which it launched in March and calls a “health” initiative, will allow it to grow revenue faster than users for a sustained period. “Health ultimately is a growth factor for the service, and we do believe that’s important not just for the overall experience, but in terms of making Twitter long-term enduring as well,” Chief Executive Jack Dorsey said during the call.

Monthly active users fell to 326 million in the third quarter, below the average analyst forecast of 331.5 million, according to FactSet. Twitter said it expects them to fall below 326 million in the current quarter, missing the average forecast of 333.4 million. While Twitter shares tumbled 19 per cent after a similar decline last quarter, the company’s better-than-expected third-quarter revenue and profit eased worries. “If they are getting rid of bots, fake accounts and fighting hate speech, then it’s actually good for the health of the platform overall,? said Pivotal Research Group analyst Brian Wieser. “That is certainly more appealing to advertisers.”

Those concerns have been somewhat offset by increases in advertising sales from video which suggest the company is succeeding in efforts to generate more cash from each user and investors have been looking for solid evidence that it would lead to sustainable growth in revenue and profits. “Twitter continues to do a lot with a little. User growth is lacklustre, but the company is eking out more from current users,” said Jim Cridlin, global head of innovation at WPP’s Mindshare media buying agency.

Distribution deals with US Major League Baseball, video game publisher Activision, Sony Music and Vice are starting to lure advertisers to Twitter’s live premium video, he said. Twitter said the number of its daily active users rose by 9 per cent year-on-year, weaker than an 11 per cent jump in the previous quarter and its slowest growth rate in two years. The company does not disclose the total number of daily users. - Reuters