Microsoft moves $52.8bn of assets and its Asian trading operation to Ireland

Filings for Microsoft Ireland Operations show it paid $3.5bn dividend to US parent 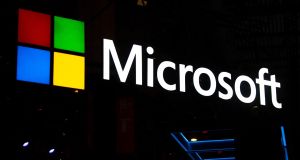 Microsoft Ireland Operations revenues rose from $22.8 billion to $27.5 billion, a spike of more than 20 per cent. Photograph: David Ramos/Getty Images

Microsoft last year shifted $52.8 billion (€47.1 billion) worth of assets from Singapore to Ireland, as its Dublin-based European headquarters also assumed control of the software giant’s operations for the entire Asia-Pacific region.

Company documents for Microsoft’s Irish entities show its Dublin holding company has assumed ownership of Microsoft Singapore, its main hub for Asia and Australia. It subsequently wrote down the value of the Singapore assets by $3.4 billion (€3 billion), however, triggering a huge paper loss for the Irish company.

Other filings for Microsoft Ireland Operations, its Dublin-registered main trading company for Europe and Africa, show it paid a $3.5 billion (€3.1 billion) dividend to its US parent group,a 10-fold increase on the payout the previous year. All of Microsoft’s Irish companies report their performance in US dollars.

The documents also show that Microsoft Ireland Operations assumed responsibility for Microsoft’s day-to-day trading activities across the entire Asia-Pacific region last September, cementing the position of the software group’s Dublin unit as the undisputed linchpin of its operations globally outside of the US.

Microsoft Ireland Operations has filed financial statements outlining its performance for the 12 months to the end of last June.

The accounts show that its revenues rose from $22.8 billion (€20.3 billion) to $27.5 billion (€24.5 billion), a spike of more than 20 per cent. Microsoft attributed the improved performance to “increases across all lines of business, intelligent cloud [computing], more personal computing and productivity and business processes”.

Despite the increase in sales, profits slipped from just over $1 billion (€890 million) to $885 million (€790 million), primarily due to a large increase in the corporation tax it paid to the State. The accounts show that the Microsoft trading unit paid tax of $493 million (€440 million), which was 2½ times what it paid the previous year.

The Irish trading unit includes the performance of other Microsoft units that it owns in Luxembourg, the Netherlands, Germany and South Africa.

The financial statements for the 12 months to the end of June do not include the performance for that period of the Asia-Pacific operation, which only entered the fold after the year that is captured in the financial statements. When the accounts for the current trading period are filed next year, it is likely that the sales diverted through Microsoft’s Irish operation will spike significantly.

The Irish trading unit also values its land and buildings at more than $1.3 billion (€1.1 billion), although it is likely that this includes properties across the European region.

However, there is likely to be a disparity between the bulk of the staff who would be on lower rates, and the coterie who are on top salaries whose contribution would skew the mean.