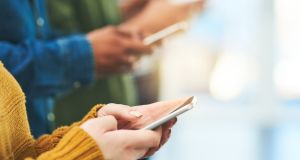 Shipments of Apple’s iPhone jumped 19 per cent in March from a year earlier to 2.5 million units. Photograph: iStock

Apple’s iPhone shipments in China rebounded in March as the world’s second-largest economy worked to reboot its manufacturing industry following the disruption caused by the coronavirus outbreak.

Shipments of Apple’s marquee device jumped 19 per cent in March from a year earlier to 2.5 million units, according to Bloomberg calculations based on monthly data from the China Academy of Information and Communications Technology, a government think-tank. The broader smartphone market, including Android devices, shrunk by roughly 22 per cent to 21 million shipments, the academy said.

February, which was most impacted by government lockdown measures designed to curb the spread of the virus, saw iPhone shipments plunge more than 60 per cent year-on-year as factories remained shut past the lunar new year holiday break.

Apple’s assembly plants in China, run mainly by Hon Hai Precision Industry Co, also known as Foxconn, slowly resumed operations through that month and into March. At the megacomplex in Zhengzhou, known as “iPhone City”, more than 200,000 workers had returned to production lines as of late March, according to the local authority’s website. The factory shipped almost 300,000 iPhone units per day at that point, a similar output to its pre-coronavirus capacity, the authority said.

Apple is preparing a redesign of its top-tier iPhones, borrowing cues from the latest iPads, as part of a major autumn refresh that will see 5G added to as many as four new handset models and the release of two key new accessories, Bloomberg News reported on Monday. Some of the new iPhones could be released several weeks later than normal because of the disruptions caused by the coronavirus pandemic.