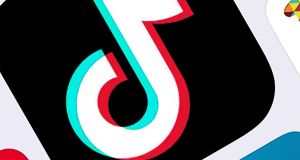 TikTok chief executive Kevin Mayer has resigned just months after taking the helm of the viral short video app, stepping out of the crossfire as the Trump administration targets the business owned by China’s ByteDance Ltd.

Mayer told employees of his decision in an internal memo, and a company spokeswoman confirmed his resignation. Vanessa Pappas, currently general manager of ByteDance’s prized international service, will take his place.

Mayer joined TikTok as CEO in May, leaving one of the top jobs at The Walt Disney Co. For more than a decade, he helped the world’s largest entertainment company strategise and expand its offerings. He provided the rationale for acquiring Pixar Animation Studios, Marvel Entertainment, Lucasfilm, and the entertainment assets of 21st Century Fox for $71 billion (€60 billion) in March.

Mayer’s appointment by ByteDance had been expected to smooth relations between the social media giant and Washington, and enforce the notion that TikTok operates as a separate entity from its Beijing-based parent.

But his role had been in question for weeks. Hired to run TikTok’s global operations, Mayer was instead pulled into a likely breakup of the business as the Trump administration pressed for a sale of the US division because of its alleged threat to national security. Microsoft has confirmed it is in negotiations to buy TikTok’s operations in the US, Canada, Australia and New Zealand, while Oracle is also considering a bid, Bloomberg News has reported.

“In recent weeks, as the political environment has sharply changed, I have done significant reflection on what the corporate structural changes will require, and what it means for the global role I signed up for,” Mayer said in an internal memo obtained by Bloomberg News. “I understand that the role that I signed up for – including running TikTok globally – will look very different as a result of the US administration’s action to push for a sell-off of the US business.”

The Trump administration’s impending ban on TikTok has further worsened tensions between Beijing and Washington, which has levelled sanctions against a plethora of Chinese giants from Tencent Holdings to Huawei Technologies on grounds they pose a threat to national security. A representative for the White House didn’t immediately respond to a request for comment on Mayer’s departure, which the Financial Times first reported.

“We are working quickly to find resolutions to the issues that we face globally, particularly in the US and India, ” ByteDance founder Zhang Yiming said in a separate memo obtained by Bloomberg announcing Mayer’s resignation.

Mayer’s departure comes days after TikTok asked a federal judge to block the Trump administration from enacting a ban on the fast-growing social media network, bringing a geopolitical fight over technology and trade into a US courtroom. TikTok and its Chinese parent, ByteDance, sued on Monday in federal court in Los Angeles to challenge an August 6th order from president Donald Trump prohibiting US residents from doing business with TikTok. Trump says TikTok is a security risk for user data.

The company said the president’s decision was made “for political reasons”, is unconstitutional and violates rights to due process. On August 14th, Trump ordered ByteDance to sell its US assets and said the US should receive a cut of the proceeds.

Other bidders potentially interested in the assets include Twitter. The social media company is among US tech firms that have explored possible bids, though it’s unclear how far those talks have gone, according to multiple people familiar with the deliberations.

“We appreciate that the political dynamics of the last few months have significantly changed what the scope of Kevin’s role would be going forward, and fully respect his decision,” the TikTok spokeswoman said in a separate statement. – Bloomberg