Nintendo adds another $3bn in market value in Tokyo 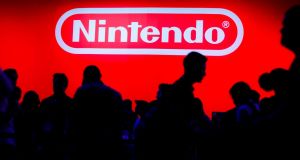 The stock added another 4.8 per cent on Monday, the biggest gain since March 19th

Nintendo added another $3 billion in market value in Tokyo on Monday with retail investors on the Robinhood app cited as helping to further boost the game maker’s popularity.

Nintendo has been one the strongest-performing blue-chip stocks in Japan this year, as the pandemic, together with the release of its smash-hit Animal Crossing: New Horizons game, helped boost the already high popularity of its Switch console. Shares are up more than 70 per cent from their March low, and have hardly looked back since passing the 50,000 yen barrier in June, with earnings earlier this month blowing past all estimates and Nintendo software continuing to dominate sales rankings in Japan.

The stock added another 4.8 per cent on Monday, the biggest gain since March 19th, with Daiwa Securities’s Eiji Kinouchi citing the impact of the stock’s popularity with US retail investors.

“As well as Nintendo, Robinhood users like Sony and SoftBank Group among Japanese shares, but both of those have connections to China,” Mr Kinouchi said in an interview. “Nintendo is one of the easiest Japanese stock for Robinhood investors to buy into amid concerns over US-China tensions.”

In an August 5th report, using data from the now-discontinued Robintrack site, Kinouchi showed Nintendo was the second-most held Japanese stock among Robinhood users, after Sony and ahead of SoftBank.

Investors and gamers alike are still waiting for Nintendo to reveal its slate of games for the rest of the year, with only Pikmin 3 Deluxe, a remake of a seven-year-old Wii U title, set for release in 2020. David Gibson, chief investment adviser at Astris Advisory Japan, said in a tweet last week that he hoped the company would hold one of its “Nintendo Direct” online presentations to announce new titles before a management briefing scheduled for September 16th.

The curiously bare game pipeline comes even as Sony and Microsoft prepare to spend big on their new generations of PlayStation and Xbox consoles being released this holiday season.

But for Ace Research Institute analyst Hideki Yasuda, who raised his price target for Nintendo by 6.6 per cent to 67,400 yen, the impact of the rival releases on the popularity of the Switch will be limited.

“Even with the launch of the PlayStation 5 and the Xbox Series X, sales of Switch will remain strong,” he wrote in a report published August 21st. “We believe that sales of game consoles are determined by their design and style, and the advantage of Switch, which can be played by anyone at any time anywhere, will not change.”

Mr Yasuda is predicting a minimum if 23 million Switch units sold this year, well above Nintendo’s own forecast of 19 million.