‘The Sims’ is coming to iOS and Android

Web Log: Full version on mobile will include many of the game’s original features 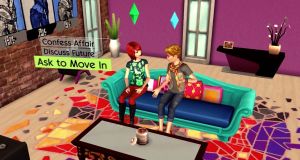 The Sims: is being soft launched in Brazil and will come to Ireland at a later date

Fans of the classic version of The Sims PC game will soon be able to get a fix on their smartphones: EA is releasing a full version of the game for iOS and Android.

The Sims Mobile is set to include the characteristic gameplay elements of building houses, creating unique sims to populate them, and interactive gaming with friends unlike the current FreePlay version for mobile, which is limited in functionality and has typical freemium “play and wait” elements.

EA has previously tried to expand The Sims franchise beyond PC and Mac to social media: in 2011 it launched The Sims Social exclusively for the Facebook platform but this was limited to designing Sims avatars that users could use to chat to friends who were also using the app. It didn’t take off and the app was retired in 2013.

The Sims Mobile is soft launching soon in Brazil but a release date has yet to be announced for the United Kingdom and Ireland.