Tech gifts for all the family – from Furby to digital photoframes 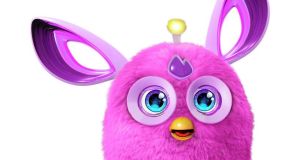 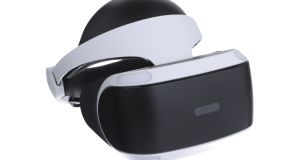 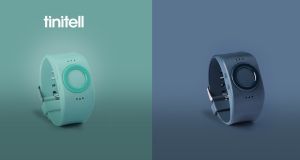 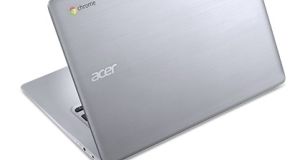 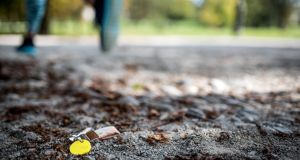 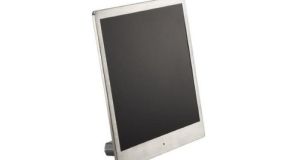 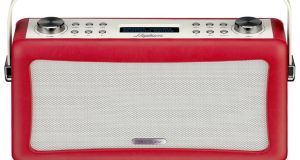 There’s a point where your child is too young for a smartphone but you still would like them to be in contact. This is where the Tinitell comes in. It’s a wrist-worn mobile phone, strapped to your child, so they can carry it with them. To answer a call, they push a button, ditto to make one. And it’s all controllable through an Android or iOS app on the parent’s phone, including specifying who can call the phone itself.

It has GPS too, so you can pinpoint its location on a map should they – or it – go Awol.

On the off-chance they are old enough for a smartphone but you want something that’s easy to replace, the Moto E3 is worth a look. It comes with a five-inch display, a quad core processor and has 8GB of internal storage. Two cameras – front and rear – cover off the photography aspect nicely, and you can add more storage for photos and video through a microSD card. It comes with a decent battery life too and, if the worst happens, at €100, it won’t cost the earth to replace. Whether you want to or not is entirely up to you.

Forget about Hatchimals. They’re nowhere to be found in Irish stores and even in the UK and further afield, they’re a rare sight. The chances of nabbing one for Christmas are pretty slim, unless you are open to the idea of selling a kidney to buy one on eBay (Don’t. The Hatchimal will be in a box this time next year gathering dust, while your kidney probably has plenty of good years of service left in it). If you’ve managed to spin some excuse about why your child won’t have a Hatchimal waiting under the tree on December 25th, it might be worth looking at alternatives. Furby, that gibberish spewing toy you’d never tire of drop-kicking into a corner, has a new version that hooks up to your tablet so you can play with it.

This might sound cute. It depends on your definition of the word. How does watching your Furby evacuate its bowels into a digital toilet sound? Or raising the next generation of Furbies in the app, single handed? Because it’s internet connected, the Furby can also tap into the zeitgeist. Viral videos? It knows all about them. We may be into a Skynet situation at some point in the future, but in the meantime, your child will love it. So invest in some earplugs and suck it up.

2016 is the year when virtual reality headsets (VR) have really come to the fore. Oculus Rift, HTC Vive and Sony’s PlayStation VR are all battling it out for consumers’ hearts this Christmas, but which one should you choose?

If your brother or sister is a fan of Sony’s consoles, you may be as well to opt for the PlayStation VR. Not only is it the most cost-effective – at €399, not including the console – it is also pretty easy to get started with. The headset is lightweight and easy to adjust, plus you can wear glasses underneath it.

Your intended recipient will also need to own a Playstation 4 though, or else you may find your generosity suddenly has to stretch a little further this year.

Speaking of virtual reality, perhaps you’d like to try your hand at creating your own content. The Samsung Gear 360 lets you take 360-degree photos and video, stitch them together and share them with the world.

It has two lenses – one on the front, one on the rear – to capture footage, although you can just opt for 180 degree images if you really want.

A few caveats. It’s a Samsung product, so it’s designed to work best with Samsung devices. The app, in this case, is compatible with the newest Samsung phones – the S7 and S7 Edge – but some enterprising people have been hacking the Gear 360 app to make it work with others.

There is also Windows software for those who want to stitch their footage together on a PC, but nothing for Mac as of yet. Sorry Apple fans, you’re out of luck.

Most people want a laptop for social media, a bit of online shopping and mooching around on the internet. On that basis, investing a wedge of cash in the latest, greatest laptop with enough RAM to run a small space station and a hard drive you could keep the nation’s archives on, is probably a bit of overkill.

The Chromebook is an easy-to-use machine that won’t break the bank. But cost-effective doesn’t have to mean cheap and nasty. The Acer Chromebook 14 has a 14-inch high-quality screen and a metal case that makes it look far more expensive than it actually is.

Internally, it won’t hold much – 16GB of internal memory won’t go far these days – but the point of Chromebooks is that you hand everything over to Google to store in the cloud.

While you won’t be able to install Windows programmes – it runs Google’s own operating system – there’s an apps store where you can pick up some decent photo editors and so on for your new machine.

Falling firmly under the heading of “sensible gift” is the Bluetooth tracker but it’s worth the risk you might be known as “that” giftgiver if it means your parents don’t waste 10 minutes every morning trying to track down phones, keys, wallets and so on.

It works like this. You download an app to your smartphone and pair the Chipolo to your phone. Attach the tag to the item you want to keep track of and you’ll be able to find it easily through an app on your smartphone by tapping the alarm, provided it’s in range.

If you mislay both? We can’t help you.

There are a few options. The Chipolo Classic, €25, a coin-sized tracker that you can replace the battery in after six months; or the Chipolo Plus, a tracker that claims to be the loudest on the market, is waterproof, but has a one-year battery life.

Digital radio may be relatively new to many people but it might be worth jumping on board. The Viewquest Hepburn Dab+ Radio doubles as a Bluetooth speaker so you can connect your wireless music player directly to a decent speaker.

You can access digital radio stations through DAB and DAB+, or go straight to your digital music library. There’s an accompanying app on Android and iOS that allows you to mess with the equaliser and get the sound quality you want, tuning it as you see fit.

Don’t assume that just because your grandparents are pushing into their later years they wouldn’t appreciate technology. People can surprise you.

Having said all that, sometimes it’s best to keep things simple. Doro phones are designed with older people in mind; they’re simpler to use, they have features such as high-contrast screens and loud ring tones, and they’re compatible with hearing aids. Plus there is an emergency button on the back that can be configured to ring certain numbers automatically.

There’s a choice of phones. Those who want something simply to make and receive calls and texts can go for the clamshell option, such as the Doro 6520, which also has a built-in camera.

For those who want something a little more advanced, the Doro Liberto 825 is Android based, with a touch screen, but still has a simple interface and easy to use buttons.

I’ve never been a huge fan of digital photo frames but they do have their uses. Years ago, people would print their photographs and display them on walls or store them in photo albums; these days, photographs are stored on Instagram or shared on Facebook, or worse – lingering in cloud storage never to be seen again.

Digital photo frames, on the other hand, give you somewhere to display your images, and you can opt to display several on a running slideshow. Look for something with a decent screen resolution, such as the Sandstrom S10DPF13 - a 10-inch photo frame that you can update via USB and a range of memory cards.