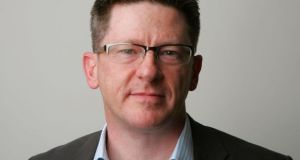 Budget 2020 is “possibly the most positive budget from a start-up/scale-up perspective in a generation”, according to tech veteran Brian Caulfield, who leads the recently formed lobby group Scale Ireland.

While expressing disappointment at the lack of movement on Capital Gains Tax (CGT), Mr Caulfield said he believed it was always unlikely given the current environment.

Scale Ireland, which is backed by many leading figures in the start-up community, had called on the Government to double down on supports for entrepreneurs in the budget, rather than solely relying on foreign direct investment (FDI) to fuel economic growth.

Mr Caulfield described the measures outlined on Tuesday by the Minister for Finance Paschal Donohoe as positive for start-ups and companies looking to scale. In particular, he welcomed changes to the key employee engagement programme (Keep) and the employment and investment incentive scheme (EIIS).

“Changes have been targeted at access to talent and capital. That’s probably right in the current climate,” he said.

“We remain uncompetitive relative to the UK and there’s lots more to do but this is definitely a step in the right direction, “ he said.

Director general Sarah-Jane Larkin said while it was heartening to see moves on the EIIS, KEEP and Disruptive Technologies fund, the budget didn’t go far enough to encourage private capital away from “passive assets” such as property.

“We don’t feel there is enough in the budget to significantly increase the supply of capital. The changes to the EIIS scheme are a step in the right direction. However in recent practice most of those availing of the scheme tend to invest in medium sized companies between three and five years old, making them quite risk-averse,” said Ms Larkin.

“A preference for larger companies seems to be growing, as evidenced by a steady the increase in the average deal size since the introduction of EIIS. We really hoped to see a method of distinction to separate high risk and high potential innovation driven start-ups from more established asset backed enterprises,” she added.

Ms Fitzpatrick also expressed disappointment at the failure to improve CGT for entrepreneurs but welcomed Mr Donohoe’s decision to ask his department to consider the outcome of an external review into it.

“The technology sector in Ireland has undoubtedly been one the keystones of Ireland’s economic and social growth in the past 30 years. However, our current achievements are no guarantee of future success,” added Technology Ireland chairman Jonathan Hyland.

1 Google tells workers to return to country where they are employed
2 Whistleblower warned EY of Wirecard fraud four years before collapse
3 Subway bread too sweet for the Irish tax authorities
4 Will tracker mortgage be at risk if Ulster Bank closes?
5 Sean Quinn stunned at rebranding of Quinn Industrial Holdings
Real news has value SUBSCRIBE