Tech review: Huawei has sacrificed the bells and whistles in pursuit of longer battery life 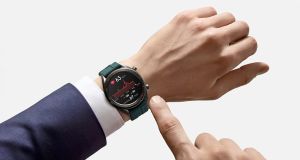 Huawei Watch GT: Don’t expect the features you get with an Apple Watch or the Samsung Galaxy Watch 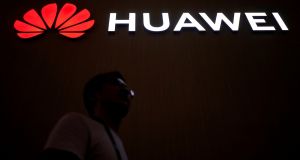 What do you want from a smartwatch? A list of functions as long as your arm? Notifications? Third-party apps? Better battery life? In most cases, you can’t have everything. Either you get lots of features or stellar battery life.

The Huawei Watch GT is no exception. Huawei has stripped back some of the features to what it considers the essentials, sacrificing the bells and whistles of other watches in pursuit of a battery life that, in fairness, blows the competition away.

The Watch GT looks more like a regular watch than others of its ilk. The Sport version reviewed here has a slightly chunky, round face, with a 1.39-inch AMOLED screen and a black silicone strap. The sport version weighs in at 46g, so it’s not overly heavy.

There’s no fancy rotating bezel or digital crown; there are two buttons on the right side of the watch casing to navigate your way through the menus, with the bottom button taking you straight to the activity menu. That activity menu is stocked up with sports. You can choose running, cycling, swimming (the Watch GT is water-resistant up to 5 metres) or go through one of the coaching programmes open to you.

It’s good that Huawei has put some effort into this aspect of the Watch GT. The company has ditched Android Wear and opted for its own software. That means fewer apps, no app store and no third-party support. You get most of the important ones, though: activity tracking, alarms, sleep and heart-rate monitoring, and notifications so you don’t have to keep too close an eye on your phone. There’s a weather app too, and a stopwatch.

The watchface can be customised but there are only a few options, including an Apple-inspired activity rings face. It’s not always on, though, another sacrifice that extends the battery life further.

Speaking of the battery life, how long it lasts will depend on what you are doing with the watch. Using the GPS will drain the battery faster; simply using the heart-rate tracking will extend it to more than a week.

There are other features the watch eliminates. You can’t answer calls on your watch, but you can reject them. And while you can read messages in apps such as WhatsApp, you can’t reply to them. But do you really miss them? Is it that important to tap out a response to your messages on your wrist (it’s painful at the best of times, let’s be honest) or to install another app that will barely be used? The Watch GT covers the basics, and if that’s all you want, it does it without looking like a run-of-the-mill tracker.

The battery life is impressive. You easily get more than a week out of a single charge, and even when it is dwindling to a level that would induce anxiety with other watches, it manages to eke out another day or so.

The watch comes with GPS built in, so you can take it for a run without needing the phone along.

Don’t expect the features you get with an Apple Watch or the Samsung Galaxy Watch. No app store means no third party apps, and that severely restricts what you do with it. You’ll get notifications on your watch but, again, they are limited. You can’t reply to WhatsApp messages, for example, or view photos.

Like most smartwatches, it has a proprietary charger, which is always a massive pain.

The Huawei Watch GT is currently being given away free with the Huawei P30 Pro, but it usually costs €199.

A smartwatch that veers closer to fitness tracker in functions, but a more grown-up version