Stripe in talks for new funding at much higher valuation 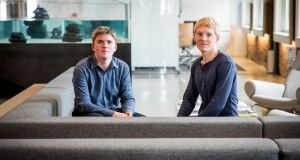 Financial technology startup Stripe is in talks to raise a new funding round, valuing it higher than its last private valuation of $36 billion, according to people familiar with the matter.

The valuation being discussed could be more than $70 billion or significantly higher, at as much as $100 billion, according to one of the people, who asked not be identified because the matter is private.

Talks are at an early stage and there’s no guarantee the funding round will be completed.

During the pandemic, Stripe has benefited from an increase in shoppers turning to e-commerce, which led to more digital payments for it to process. Its software, which competes with offerings from Square and Paypal Holdings , is used by businesses to accept payments. It has more than 2,500 employees and 14 global offices, according to its website.