Call for State to be aggressive in incentivising entrepreneurs 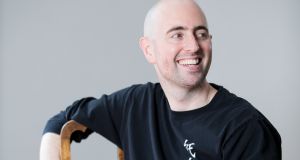 Intercom chairman Eoghan McCabe, who wants entrepreneurs to be incentivised to locate here in a similar way to how multinationals have been over recent decades.

The State should be as aggressive in incentivising entrepreneurs to move to the Republic and establish businesses as it has been in luring multinationals to set up operations here over recent decades.

This is according to Eoghan McCabe of Intercom, the Irish-founded “tech unicorn”, which is widely regarded as one of the country’s biggest success stories in recent years.

Mr McCabe, who recently stepped down as chief executive of Intercom and is now its chairman, was speaking in the wake of moves by several European countries to offer increased incentives to entrepreneurs as a response to the coronavirus crisis, and as foreign direct investment flows (FDI) decline.

Mr McCabe, who has just moved back to Dublin after living in San Francisco for the past 10 years, where Intercom is co-headquartered, said more needed to be done to support entrepreneurs, including in terms of tax incentives.

“Government bodies and policies need to catch up to the fact that there is a generation of Irish people and also some entrepreneurs from other countries who want to start businesses here. I think that to support this we require different types of taxation policies, including looking at how stock options are treated and at entrepreneur relief,” Mr McCabe told The Irish Times.

His comments come as Germany recently unveiled new legislation on stock options to incentivise start-up investment by giving employees a chance to hold shares in the company they work for. France and Britain have also recently introduced reforms to encourage tech talent to their countries and to more effectively compete with the United States.

Mr McCabe said he had no interest in seeing entrepreneurs being given “free cash”.

“Handouts and grants tend to be unhelpful as I think they encourage an attitude that is not compatible with the ‘self-starter, maverick, independent energy’ needed to go your own way,” he said.

“But that said I would love us to be as audacious and aggressive as we have been in using the corporate tax rate to lure multinationals here, to encourage entrepreneurs as well,” he said.

Founded in Dublin in 2011 by Mr McCabe, Des Traynor, Ciarán Lee and David Barrett, Intercom now claims more than a billion end-users for its software platform, which brings messaging products for sales, marketing and customer support together. The company, which achieved so-called unicorn status two years ago when its valuation topped $1 billion, employs 600 people, of whom about 250 are in Ireland.

“Dublin is a far better place to start a company than it was when we started Intercom but I’d like to see us push ourselves more on the global stage so we’re not just known as a place where tech companies expand to but also where they are founded,” said Mr McCabe.