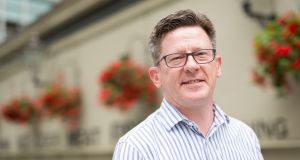 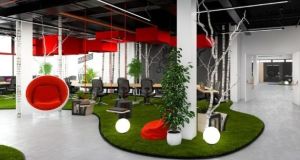 Talent Garden Dublin is based in DCU

Mr Caulfield, who has just been named as the Republic’s first “VC in Residence” also said entrepreneurs often don’t know enough about a VC’s decision-making process or about how the relationship between investor and investee operates.

“One of the fundamental issues for start-ups is that they don’t have a long-term funding plan. They tend to be driven by the immediate need for financing and don’t look at it in terms of a multi-year journey,” he told The Irish Times.

“Entrepreneurs need to be looking as early as seed stage at how much they should be raising to get them to particular milestones and at whether potential investors have the right profile to help them maximise raising at the next round.”

Mr Caulfield, who sits on the board of The Irish Times, said he was looking forward to his new role as VC in residence at the co-working and digital innovation campus at Talent Garden, which is based at Dublin City University.

He is one of three VCs to avail of the opportunity to share their professional knowledge with members of the Talent Garden community. The other two are CoderDojo co-founder Bill Liao, who looks after SOSV in the Republic, and Luca Ascani, founder and chief executive of Lambda Alpha.

VC in residence programmes are uncommon in Ireland but have become increasingly popular elsewhere. The Talent Garden initiative was set up so that entrepreneurs can benefit from the advice and support of experienced VCs in order to help them grow.

Mr Caulfield, who will be participating in a fireside chat at Talent Garden on January 24th, said that as well as thinking more long term about their funding needs, they also need to consider their options in more depth.

“VC fundraising is not a fit for all businesses and it is very important that entrepreneurs think hard about what the right type of funding is. For some it might be a small bank loan, for others it might be angel funding, while some will obviously benefit most from VC,” he said.

“Some entrepreneurs fail to look at all the options and regrettably some think as VC funding as an end in itself,” Mr Caulfield added.

While having stepped back from his role leading Draper Esprit, Mr Caulfield is still highly active, both as a partner at the VC firm and as an adviser to TechIreland.