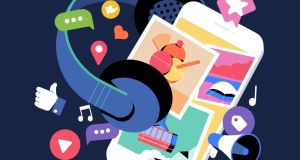 Nearly two-thirds of young people (64 per cent) view social media platforms like Twitter, YouTube and Facebook as an essential part of bringing about social change, according to new research from independent educational UK charity Demos (whose work was partially funded by Facebook).

The Demos report – “Plugged in: Youth Engagement Through Social Media” – found that 55 per cent of 35- to 50-year-olds also felt the same way about online activism while young women were almost twice as likely as young men to campaign via social media.

Additionally, social media appears to be vital to those who use it to communicate with campaign groups or charities: 50 per cent of young people who use it for this purpose do so on a daily basis.

Social media has also made politics more accessible for younger generations with 7 per cent of those surveyed saying that they had used Facebook or Twitter to communicate directly with a politician or political party in the last 12 months.

There is, however, the issue of how trolling and hate speech can interfere with online activism: “Where platforms have been used to cause harm and to spread hate, they have excluded or suppressed voices in this country and abroad. Causes online live and die by their ability to navigate these spaces: not everyone is able or willing to do it,” said the report.

1 Coronavirus: Property rental in the jaws of the epidemic
2 I want to change my will quickly in case I fall ill. Do I need a lawyer?
3 WhatsApp limits message forwarding to slow spread of misinformation
4 NTMA raises €6bn from bond auction to help State meet costs of Covid-19
5 Kerry fintech Taxamo agrees partnership with Deloitte
Real news has value SUBSCRIBE