Datalex CFO to stand down later this year 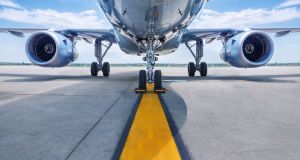 Datalex clients include airlines such as Aer Lingus and Lufthansa. Photograph: iStock

Datalex chief financial officer David Kennedy will step down from his role at the end of this year to take up a job as chief executive in a “private company outside the industry”.

The listed travel software company, in which businessman Dermot Desmond has a stake, said Mr Kennedy will “play an important role in assisting the transition to his successor”.

It added that the process to appoint a new chief financial officer has begun “and an announcement will be made in due course”.

“After 11 great years at Datalex, it’s time for me to pursue a new and exciting opportunity. Datalex today is a completely different business from the one I joined in 2007 and I have enjoyed every part of the journey,” Mr Kennedy said.

Aidan Brogan, the company’s chief executive, said: “During his 11 years with Datalex, David has been instrumental in providing financial leadership through a period of significant performance and growth for our business.”

The Dublin-headquartered company posted results in August saying after tax profit jumped 25 per cent to $2 million (€1.7 million) in the six months to the end of June this year.

Total revenue for the six-month period grew by 5 per cent to $31.9 million, which included a 10 per cent increase in platform revenue to $14.1 million.

The company said the increase was mainly driven by “robust organic growth” across its existing customer base.

Datalex, whose clients include airlines such as Aer Lingus and Lufthansa, said adjusted earnings before interest, taxation, depreciation, and amortisation (Ebitda) grew 14 per cent to €6.1 million. This reflected both growth in platform revenue and improving services revenue margins, it said.

1 Stripe lures Dhivya Suryadevara from General Motors to be CFO
2 Revised help-to-buy scheme opens for applications
3 Revolut losses tripled before Covid-19, despite rise in users
4 AIB concedes Covid-19 mortgage policy was ‘regrettable’
5 ‘No demand... because there are no people’ at well-known Dublin pub
Real news has value SUBSCRIBE