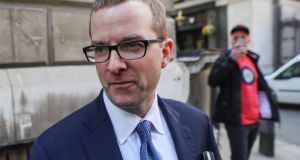 Facebook has developed a “much sharper and more pessimistic view” of all the bad things that can happen on the social network since the Cambridge Analytica data leak scandal, chief technology officer Mike Schroepfer said.

Facebook’s focused in the past on getting its product to as many people as possible, then fixing whatever issues come up. But it is rethinking its approach amid a global backlash: critics accuse its news feed algorithm of spreading misinformation and terrorism content among 2 billion-plus users. Lax policies around sharing data with third parties led to the leak of information on up to 87 million people to consultancy Cambridge Analytica, which helped elect Republican candidates including President Donald Trump.

“It’s the biggest shift I’ve ever observed in the company,” Mr Schroepfer said at the Code Conference in Rancho Palos Verdes, California. “The big cultural shift is that people need to think about these things before they build them, not after.”

Mr Schroepfer appeared for hours of testimony in front of UK. lawmakers, after chief executive Mark Zuckerberg did the same in the US. After news of the Cambridge Analytica leak, Facebook reviewed data policies on all of its products to plug other potential holes. It suspended 200 potentially problematic apps that were using its data. But the company has work to do in building trust with its users, the CTO said.

“We all read the news every day and we see everyone mad at us and hating on us,” he said. Even Tim Cook, the chief executive of Apple, took a jab at Facebook this year, saying he wouldn’t be in the same position as Mr Zuckerberg because he doesn’t have a business model that relies on user data.

“It’s easy to kick someone when they’re down,” Mr Schroepfer said.

Despite drawing fire from consumers and regulators, Facebook’s shares are still up more than 5 per cent for the year. – Bloomberg