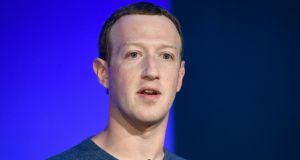 Mark Zuckerberg faces allegations that he developed a “malicious and fraudulent scheme” to exploit vast amounts of private data to earn Facebook billions and force rivals out of business.

A company suing Facebook in a California court claims the social network’s chief executive “weaponised” the ability to access data from any user’s network of friends – the feature at the heart of the Cambridge Analytica scandal.

A legal motion filed last week in the superior court of San Mateo draws upon extensive confidential emails and messages between Facebook senior executives including Mark Zuckerberg. He is named individually in the case and, it is claimed, had personal oversight of the scheme.

Facebook rejects all claims, and has made a motion to have the case dismissed using a free speech defence.

It claims the US constitution protects its right to make “editorial decisions” as it sees fit. Zuckerberg and other senior executives have asserted that Facebook is a platform not a publisher, most recently in testimony to Congress.

Heather Whitney, a legal scholar who has written about social media companies for the Knight First Amendment Institute at Columbia University, said, in her opinion, this exposed a potential tension for Facebook.

“Facebook’s claims in court that it is an editor for first amendment purposes and thus free to censor and alter the content available on its site is in tension with their, especially recent, claims before the public and US Congress to be neutral platforms.”

The company that has filed the case, a former start-up called Six4Three, is now trying to stop Facebook from having the case thrown out and has submitted legal arguments that draw on thousands of emails, the details of which are currently redacted.

Facebook has until next Tuesday to file a motion requesting that the evidence remains sealed, otherwise the documents will be made public.

The developer alleges the correspondence shows Facebook paid lip service to privacy concerns in public but behind the scenes exploited its users’ private information.

It claims internal emails and messages reveal a cynical and abusive system set up to exploit access to users’ private information, alongside a raft of anti-competitive behaviours.

Facebook said the claims had no merit and the company would “continue to defend ourselves vigorously”.

Six4Three lodged its original case in 2015 shortly after Facebook removed third-party developers’ access to users’ friends’ data. The company said it had invested $250,000 (about €210,000) in developing an app called Pikinis that filtered users’ friends’ photos to find any of them in swimwear. Its launch was met with controversy.

The papers submitted to the court last week allege Facebook was not only aware of the implications of its privacy policy, but actively exploited them, intentionally creating and effectively flagging up the loophole that Cambridge Analytica used to collect data on up to 87 million American users.

The lawsuit also claims Zuckerberg misled the public and Congress about Facebook’s role in the Cambridge Analytica scandal by portraying it as a victim of a third party that had abused its rules for collecting and sharing data.

“The evidence uncovered by plaintiff demonstrates that the Cambridge Analytica scandal was not the result of mere negligence on Facebook’s part but was rather the direct consequence of the malicious and fraudulent scheme Zuckerberg designed in 2012 to cover up his failure to anticipate the world’s transition to smartphones,” legal documents said.

The lawsuit claims to have uncovered fresh evidence concerning how Facebook made decisions about users’ privacy. It sets out allegations that, in 2012, Facebook’s advertising business, which focused on desktop ads, was devastated by a rapid and unexpected shift to smartphones.

Zuckerberg responded by forcing developers to buy expensive ads on the new, underused mobile service or risk having their access to the data at the core of their businesses cut off, the court case alleges.

“Zuckerberg weaponised the data of one-third of the planet’s population in order to cover up his failure to transition Facebook’s business from desktop computers to mobile ads before the market became aware that Facebook’s financial projections in its 2012 IPO filings were false,” one court filing said.

In its latest filing, Six4Three alleges Facebook deliberately used its huge amounts of valuable and highly personal user data to tempt developers to create platforms within its system, implying that they would have long-term access to personal information, including data from subscribers’ Facebook friends.

Once their businesses were running, and reliant on data relating to “likes”, birthdays, friend lists and other Facebook minutiae, the social media company could and did target any that became too successful, looking to extract money from them, co-opt them or destroy them, the documents claim.

Six4Three alleges that up to 40,000 companies were effectively defrauded in this way by Facebook. It also alleges that senior executives including Zuckerberg personally devised and managed the scheme, deciding which companies would be cut off from data or allowed preferential access.

The lawsuit alleges that Facebook initially focused on kickstarting its mobile advertising platform, as the rapid adoption of smartphones decimated the desktop advertising business in 2012.

It later used its ability to cut off data to force rivals out of business, or coerce owners of apps Facebook coveted into selling them at below the market price, according to the documents.

A Facebook spokesman said: “When we changed our policy in 2015, we gave all third-party developers ample notice of material platform changes that could have impacted their applications.”

Facebook’s submission to the court, an “anti-Slapp motion” under Californian legislation designed to protect freedom of speech, said: “Six4Three is taking its fifth shot at an ever-expanding set of claims and all of its claims turn on one decision, which is absolutely protected: Facebook’s editorial decision to stop publishing certain user-generated content via its platform to third-party app developers.”

David Godkin, Six4Three’s lead counsel, said: “We believe the public has a right to see the evidence and are confident the evidence clearly demonstrates the truth of our allegations, and much more.”

Sandy Parakilas, a former Facebook employee turned whistleblower who has testified to the British parliament about its business practices, said the allegations were a “bombshell”. He claimed to MPs that Facebook’s senior executives were aware of abuses of users’ friends’ data back in 2011-2012 and he was warned not to look into the issue.

“They felt that it was better not to know. I found that utterly horrifying,” he said. “If true, these allegations show a huge betrayal of users, partners and regulators. They would also show Facebook using its monopoly power to kill competition and putting profits over protecting its users.”

A trial date for the case has been set for April 2019. – Guardian service