Revealed: the new features coming to iPad and iPhone 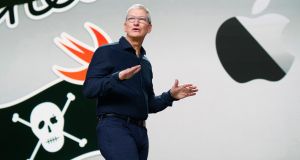 Apple CEO Tim Cook as he delivers the keynote address during the 2020 Apple Worldwide Developers Conference.

Apple has announced the latest features heading to user iPhones, iPads and Apple Watches this summer.

At the firm’s first virtual World Wide Developers Conference (WWDC), Apple showed off iOS 14, iPadOS 14 and watch OS 7, due to be released later this year as free updates.

The iOS 14 comes with new App Library, widgets on the home screen and Translate app.

This year Apple is concentrating customisation options to iOS 14. For the first time users will be able to view all their installed apps in a list view called App Library, similar to that available on most Android smartphones, which automatically sorts apps into large category folders or a searchable list. Users can also hide apps from the rest of the home screens by hiding pages.

Apple is also adding widgets to the main home screen, which sit between app icons, including one that automatically selects time-dependent information called smartstack.

Siri has been brought directly to the home screen as a pop-up overlay, rather than its own page that takes over the screen.

Alongside offline, on-device voice transcription for dictation, Apple is also launching the Translate app, which is a direct competitor to Google’s Translate, capable of translating speech and text offline in 11 languages.

Apple has also made tweaks to iMessage, with pinned messages, WhatsApp-like @-mentions and improvements to groups.

Apple is also looking to turn the iPhone into a car key with its new contactless CarKey feature that allows your iPhone to unlock a car using NFC.

A new feature for the App Store called App Clips allows you to access some functions of an app that may be needed to access a service, without downloading the full app.

Apple is also bringing more awareness of privacy to the App Store with privacy practices displayed from apps, covering what data they collect and which companies it is shared with, before you download them.

It is also allowing users to share their approximate rather than exact location with apps and ensuring they ask before tracking you.

iPadOS 14 is becoming more like the Mac, with side bars and overlaid search that operates like Spotlight on the computer.

Having gained full trackpad and mouse support in iPad OS 13.4, Apple’s iPad software is gaining the new features from iOS 14, including customised default apps, which will make the iPad even more like a laptop computer.

New for iPad OS 14 is the introduction of sidebars to most first-party apps, and the addition of toolbars similar to desktops apps with drop-down menu actions.

Universal Search has been revamped to more resemble the way Spotlight search works on a Mac, with a pop up that can be invoked over any app.

The new Scribble feature allows you to turn handwriting into text in any field, and select and move handwriting in notes, using the Apple Pencil stylus and on-device machine learning.

Its watch OS software is gaining more customisation in the form of new rich complications and new watch faces, including the new Infograph face with a tachometer and the ability to share your customised face combinations to friends and family or download them from a site or app.

The Workout app has also been redesigned and renamed Fitness, which better shows your current trends on the iPhone from the Apple Watch. The Apple Watch will also be able to finally track your sleep, matching offerings from Samsung, Garmin and others.

Wind Down will attempt to help you sleep by reducing distractions on your iPhone and Watch, while new alarms including silent alarms can wake you in the morning.

The Apple Watch will also automatically detect hand washing, using motion and sound, and then sets a countdown timer. – Guardian News and Media 2020

1 How to gift your child a house deposit . . . tax free
2 BOI customers to be charged twice with bank fees on New Year’s Eve
3 Family in court dispute over hotels in Dublin and Galway
4 Ryanair warns it may reduce more Irish services and relocate operations
5 Stripe in talks for new funding at much higher valuation
Real news has value SUBSCRIBE