Q&A: What is Facebook’s cryptocurrency?

Libra is launching next year. Here is everything you need to know about the cryptocurrency 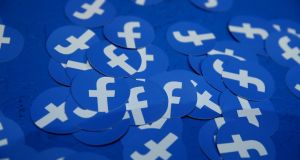 Facebook has said it won’t be in sole control of libra. Instead, it is teaming up with a group of 28 companies such as Uber and Spotify to form the Libra Association. Photograph: AFP/Getty Images

Do you know your bitcoin from your litecoin or ripple? Get ready to deal with the newest cryptocurrency to hit the market – Facebook’s libra.

The social network is launching its own digital currency in 2020, called libra. It will also offer a digital wallet that can hold the currency for its users through a subsidiary called Calibra. That wallet will be integrated into Facebook Messenger and WhatsApp.

Does this mean Facebook will control my money as well as my social life?

No. Facebook has said it won’t be in sole control of libra. Instead, it is teaming up with a group of 28 companies such as Uber and Spotify to form the Libra Association. If that doesn’t calm your fears, Mastercard, Vodafone, Visa and PayPal will also be part of that association, which is an independent, not-for-profit membership organisation headquartered in Geneva, Switzerland.

The digital currency will be built on what Facebook is calling “libra blockchain”, which is apparently built to “prioritise scalability, security and reliability, as well as the flexibility required to evolve over time”.

A distributed ledger system. Basically it is a verifiable database of cryptocurrency transactions across a network of computers. When a transaction is recorded and entered into the ledger or block, it can’t be changed.

Yes, but also different. Each libra coin will be backed by a basket of stable and liquid assets, such as bank deposits and government securities in currencies from central banks. That means it is very unlikely to see the kind of price volatility we have seen in bitcoin, where the value soared to over $19,000 (€16,900) in late 2017 before plunging to under $4,000 (€3,500) in the early months of 2018.

That’s not to say the value of the currency won’t fluctuate. Facebook’s white paper on the subject makes it clear that one libra will not always be able to convert into the same amount of a given local currency, because it is not pegged to a single currency.

Unlike bitcoin, there will be no mining for the currency, with libra using nodes or servers to operate the blockchain. Also, it will have a governing association that will be responsible for evolving the currency and making major decisions about its future.

Crucially, it will start out as a permissioned blockchain, which means the association will have to grant access to the libra blockchain nodes. Within five years, it expects to have a permissionless blockchain.

Will it just be for use on Facebook though?

No. Facebook said the code will be open source so it can be included in any payment app. The currency could be used by Facebook and WhatsApp users to transfer money and purchase goods without fees through Calibra Wallet. Eventually, that will be opened up to other services such as retailers and public transport.

According to the World Bank, there are about 1.7 billion adults around the world without access to traditional banking facilities for various reasons. The situation is the worst in developing countries, particularly in Africa and Asia.

However, one billion people have a mobile phone and nearly half a billion have internet access, according to Facebook, so it makes sense that companies will try to reach those people through a smartphone-friendly option.

Facebook has been trying to establish itself in payments for some time. Previous efforts include the ability to transfer money through its Messenger app by linking a debit card to your account, but it isn’t available in every country. Payments is a tiny part of Facebook’s overall business; if libra is a success, that could all change.

That’s still an “if” though. There could be pushback from regulators on the currency and concerns about privacy are bound to be raised before libra finally makes its debut. That’s why Facebook is so keen to stress that the Libra Association will be the one with control, and Facebook will only be one member of that association.

How much will it cost me to use?

Who knows? Facebook hasn’t published its plans for fees yet, although it did say it would be a cheaper alternative to using traditional merchants. And if you lose money because of fraud, Facebook will refund customers. There is still time to tease the details out – the currency isn’t slated for launch until next year. – Additional reporting: PA