Q&A: What do Facebook’s news feed changes mean for you?

Tech giant wants to get all personal again. But why, and will it work? 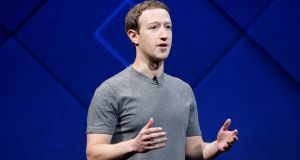 Facebook is changing, and so will users’ and media companies’ relationship with the platform.

Facebook is turning more personal, and concentrating more on your interactions with family and friends than spreading news articles for publishers trying to bump up their traffic, or businesses trying to flog you the latest snake oil.

Instead of your news feed being clogged with news articles (fake news!) you will now see more posts from your friends and family, the people you choose to interact with, first and content from pages and businesses will appear lower down the feed.

Those “suggested posts” that pop up from time to time are also likely to appear less.

Haven’t they already done this?

Sort of. Over the past couple of years, Facebook has been tweaking its news feed to give more priority to people and less to business pages. This is just another step.

Is this a good thing?

Depends on your reason for being on Facebook. If you joined to keep up with friends and family, having more space devoted to them and less to publishers pushing clickbait is probably a good thing. You may even spend less time on Facebook, and apparently Mark Zuckerberg is okay with that, because it will be a better quality interaction. In theory, anyway.

What it won’t do is hide your distant relative’s thinly-disguised racist posts from your news feed. They’re family, and someone you’ve chosen to add as a friend. You’ll have to do that yourself.

It probably won’t stop your second cousin once removed sharing memes and inspirational posts either, especially if other friends are liking and commenting. We suggest unfollowing to minimise the guff clogging up your news feed but at the same time not creating a family incident. We all know how unfriending someone on facebook can be a minefield.

The company is going back to basics on the news feed. First and foremost, facebook is designed to connect people. People, not organisations and businesses. As the platform has been invaded by businesses, things have begun to get a little noisy in there.

There is also speculation - not something that Facebook has confirmed - that the move is another step in cleaning up Facebook’s reputation as an enabler of fake news. How effective it will be is up for debate.

We think it’s probably worth a shot though, and if it works, great. Let’s face it, who wants their legacy to be “ruined society, one like at a time”?

Well, it’s still Facebook deciding what it thinks you want to see, and pushing the more popular content to the front. So criticisms of social media being an echo chamber and a filter bubble will probably still be equally valid.

Also, sponsored posts and ads are unlikely to be affected by the change. Let’s face it, they’re the ones responsible for most of rubbish in your feed anyway.

Easy. Go to the page you follow, click on Following>See first. That will put that particular page’s posts higher up in your news feed.

After it’s done fixing society? Maybe fix Groups so you can block all invitations and not have to play “whack a mole” with invitations every week. If we want to join a group, we’ll find seek it out ourselves, thanks.

Is this a blow for media companies?

“As we roll this out, you’ll see less public content like posts from businesses, brands, and media,” wrote Zuckerberg. The implication couldn’t be clearer. All media companies that post their content on Facebook will see a decline in the number of users that they reach through the platform.

For those publishers that have built their commercial strategy around Facebook and are dependent on it for most or even all of their income, it could be ruinous.

Didn’t they see this coming?

The move shouldn’t be completely surprising, especially in light of the past algorithm changes. Facebook always had the upper hand in its relationship with publishers and being dependent on the platform for revenue was always a vulnerable position to be in.

Zuckerberg’s change of policy could spur new innovations that put some stronger media companies with worthwhile content on a more sustainable path.

Wait, does this mean I have to pay for my news now?

Possibly. Facebook’s move may contribute to a rethink among those news publishers that have so far shied away from a subscription model for generating revenue, but now feel they have no other option.

Digital publishers that don’t produce the right content for attracting either paying customers or independent advertising income may fall by the wayside in dramatic fashion.