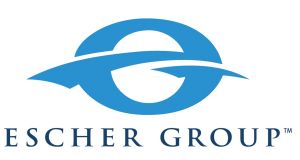 The group said it finished the year in a net positive cash position, despite the absence of any major one-off licence sales in 2017

Dublin-headquartered software firm Escher Group has said it expects 2017 revenue to be marginally ahead of its earlier forecast of $18 million (€14.8 million).

It also said it expects adjusted earnings before interest, taxes, depreciation and amortisation (ebitda) of $2.8 million for the year, up from a previous guidance of $2.7 million.

The group said it finished the year in a net positive cash position, despite the absence of any major one-off licence sales in 2017 and exceptional costs of $300,000 linked to its restructuring programme.

“We have now structured the business to produce solid ebitda returns and to generate cash, even in the absence of a major, one-off licence sale,” said chief executive Liam Church.

In a note to investors, Davy said closing the year in a net cash position, was “an encouraging development.”

“ This will make 2017 only the second year post-IPO that the company has concluded the year in net cash,” it said.

Escher, a provider of outsourced, point-of-sale software to the postal, retail and financial industries, was founded in 1989 in Boston. It moved its headquarters to Ireland in 2007 following a management buyout.

The company is to publish its full-year results in the week in early March.