Telus is a global business process and IT outsourcing firm with over 25,000 staff 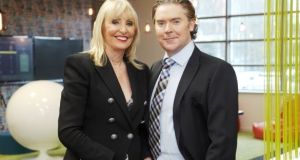 L inda and Dan Kiely of Voxpro: the couple founded the company in Cork more than two decades ago. Photograph: Miki Barlok

Dan and Linda Kiely, the founders of Cork-based business process outsourcing firm Voxpro, are in for a bumper pay day after the company they established more than two decades ago was yesterday snapped up by Canadian company Telus International.

While no financial details of the deal were disclosed, industry insiders estimate the deal was worth close to €150 million and with the Kielys having largely self-financed the company outside of a small stake owned by Enterprise Ireland, the couple are due a windfall.

Voxpro, which started out with six people working above a pub on Marlboro Street in Cork city in 2002, offers customer experience, technical support and sales operations solutions to international customers. Still headquartered in Cork, the company now has offices in Dublin, San Francisco and Folsom, both in California, Athens, Georgia, Bucharest, Romania and Manila in the Philippines.

Last November it announced plans to create 400 jobs in Ireland to bring headcount to more than 2,000 locally.

Voxpro has grown fivefold over the past three years, fuelled by growth in its partners, which include Nest, Google and Airbnb, and after gaining a number of new clients in the internet of things and fintech sectors.

The latest accounts available for the company show it recorded a 78 per cent rise in turnover to €33.4 million in 2015 as earnings before interest, taxes, depreciation, and amortisation (ebitda) jumped 168 per cent to €3 million from €1.1 million a year earlier.

Voxpro’s co-founder and chief executive Dan Kiely will join the Telus International board senior team following completion of the deal, which took many people outside the company by surprise.

Mr Kiely had previously mooted the possibility of an initial public offering once revenues reached €100 million. However, in an interview with The Irish Times published in January, he stressed that the couple had no plans to let the business go to a larger corporation and was intent on “seeing the journey through”.

Telus is a global business process and IT outsourcing giant with more than 25,000 employees around the world.

It has revenues of over $10 billion and 12.8 million subscribers.

“It’s an extremely special day for us and for all of our partners, team members, and indeed, everyone in the Voxpro community,” said Mr Kiely.

“We couldn’t be more proud to find a fabulous partner like Telus International - a company that shares our entrepreneurial spirit and relentless desire to redefine and disrupt the outsourcing industry when it comes to serving the customer experience needs of such important brands,” he added.

1 Who are Ireland’s 17 billionaires?
2 Report claims liquid natural gas plant not needed in Republic – Wallace
3 Ireland has fifth-largest number of billionaires per capita in the world, says Oxfam
4 Barclays to cut 100 senior roles as lender seeks to rein in costs
5 Giving your child a mobile phone: The pros and the cons
Real news has value SUBSCRIBE