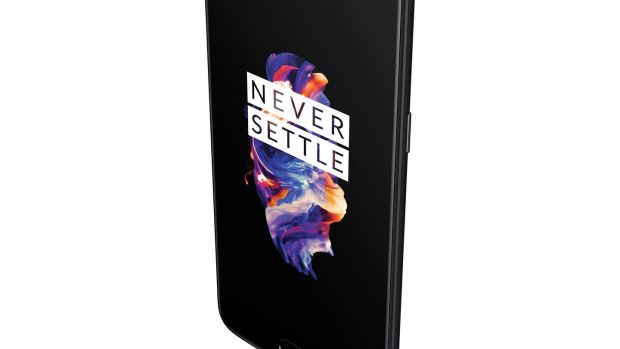 In terms of design the OnePlus 5 feels very familiar

Where to buy: oneplus.com

Spare a thought for smartphone makers. Not only is it a crowded market but consumers are becoming ever more demanding. Where once the release of a new smartphone was something that was sure to wow potential buyers, now we’re more likely to ask “is that it?” and plan for the next release.

One Plus has occupied a specific place in the smartphone market for the past few years. The company has carved out a niche for itself as a phone that punches above its weight in the market when its comes to specs and price. When the OnePlus One launched it offered higher-end specs at a mid-range price and, coupled with the invitation-only sales, a craze was born.

The company has continued to turn out solid handsets ever since, and the latest, the OnePlus 5, is no exception.

Once again the company has stuffed a lot under the matte black casing. RAM starts at 6GB, with storage starting at 64GB. One thing that is missing again is the ability to expand storage with micro SD. However, there is a 128GB version that you can opt for if you are worried about space.

It’s powered by the Qualcomm Snapdragon 835, and is dual sim – handy if you travel a bit.

In terms of design the OnePlus 5 feels very familiar. It keeps the 5.5 inch display from the 3T with 401 pixels per inch, but everything looks and feels a little more polished. It’s not just its predecessor that its design harkens back to; it also looks more than a little iPhone-like.

To be fair it’s difficult for a black phone to stand out from another unless you are going to add design features like Samsung did with its Edge handsets. The OnePlus sticks to fairly safe territory here, although it looks sleek enough.

There is the dual camera on the rear of the device. The 16 megapixel camera is wide angle, with an aperture of f1.7. That means better performance in low light too. The camera produces some decent images, clear and crisp, even when conditions aren’t quite ideal.

The front-facing camera has also been set at 16 megapixels, for the all-important selfie shots. The rear camera edges it out, though, in terms of quality.

You can also shoot video in 4K if you want – which may make that 128GB version a more attractive prospect. That’s more of a future proofing move though; you’ll need a 4K display to really see that footage at its best.

The One Plus 5 has a lot going for it. Given the price, its camera, screen and general performance are above par. Battery life is also decent. Although the numbers seem to indicate a slight fall in battery capacity, that wasn’t borne out by real-world tests, with the OnePlus consistently putting in good performances.

If you’ve become used to the lower prices for the One Plus, the latest handset continues that. However, it’s not quite as low as previous handsets. The OnePlus 5 will set you back €499, which is a significant chunk of change. Yet compare it to the likes of the Samsung Galaxy S8 and other high-end handsets and it doesn’t look as pricey.

The OnePlus 5 uses USB C, ditching the older micro USB connector. One thing it doesn’t ditch? The headphone jack. Use your old headphones if you feel like it; OnePlus doesn’t seem to be in a hurry to force its customers to switch standards.

The OnePlus 5 is another solid Android handset, although the increased price tag may be too much for some.

Inflation is back. Is this a blip or the start of a trend?

4 Inflation is back. Is this a blip or the start of a trend?