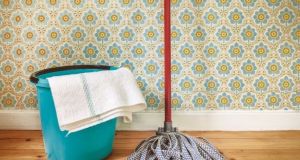 The investment of Unilever Ventures follows multiple strategic partnerships between the company and Helpling.

The new cash injection, which Helpling said was worth “several million euro,” comes via Unilever Ventures, the company’s investment arm.

Hassle.com, which was co-founded by Co Kildare woman Jules Coleman in 2012, was acquired by German rival Helpling for €32 million in July 2015. Both Helpling and Hassle.com enable customers to book a local vetted cleaner online or via a smartphone app. The group currently operates in nine countries, including Ireland.

The investment of Unilever Ventures follows multiple strategic partnerships between the company and Helpling, ranging from co-branded marketing campaigns, in-store co-operation and content development to the distribution of home care products to customers.

“The engagement of Unilever is an important mark of confidence on our path to establish Helpling as the synonym for any help at home,” said Helpling co-founder Benedikt Franke.

Unilever, one of the biggest advertisers in the world with more than 400 brands, is seeking to remain a market leader by collaborating with entrepreneurs on groundbreaking solutions.

Both Helpling, which has raised more than €67 million in funding since launching in early 2014, and Hassle.com enable customers to book a local vetted cleaner online or via a smartphone app.

The group said more than 85 per cent of its business currently derives from long-term customers who require weekly or biweekly cleaning. It introduced additional household services such as window cleaning, painting and furniture assembly across 20 cities in Germany this year, and now intends to roll out these services to other markets, including Ireland.

Ms Coleman, who quit her career in managing consultancy and established Hassle.com after teaching herself to code, left the company in early 2016. She is now entrepreneur in residence at Index Ventures, as well as a venture partner at Ignite 100.