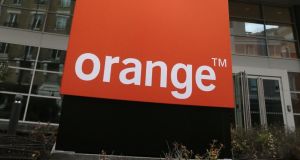 The French courts have told Orange it can lodge the cash awarded this week with the state-owned investment group Caisse des Dépôts, pending any further appeals. Photograph: Getty Images

Orange Caraibe, a competitor of Denis O’Brien’s Digicel in the French West Indies, is expected to appeal this week’s order from a court in Paris to pay Digicel €364 million compensation for alleged anti-competitive practices.

Digicel said last night its win, over a competition case going back more than a decade, is a “victory for competition and consumers”.

“Digicel is very pleased with the judgment from the commercial court of Paris and the subsequent decision of the court of appeal upholding the payment of damages to Digicel,” the company said.

Orange had not formally responded to a request for comment prior to publication, although it had indicated to telecoms trade press that it intended to appeal.

The case arose from allegations made against Orange of anti-competitive practices between 2000 and 2005 in the seven islands, such as Martinique, that makes up the French West Indies, also known as the Antilles.

The allegations include that Orange thwarted competition through the various tariffs it set, and also in relation to exclusivity deals it promoted at the time.

The company that now operates as Digicel Antilles-Française Guyane in the area was previously owned by Bouygues Telecom.

This company and another competitor, Outremer Telecom, made the original allegations against Orange, which first lost a competition ruling in the case in 2009, before a raft of subsequent appeals.

The French courts have told Orange it can lodge the cash awarded this week with the French state-owned investment group Caisse des Dépôts, pending any further appeals under French law.

The size of the award has been increased substantially by almost a decade’s worth of interest charges. Even if the amount is ultimately upheld, however, not all of the cash will go to Mr O’Brien’s company.

In 2006, Digicel paid Bouygues about $200 million for the French West Indies unit. It is understood that, as part of that deal, it was agreed that the seller and buyer would split any future proceeds that ever became available from the competition complaint against Orange.

It is understood that the Digicel unit in question generates about $60 million of earnings annually.

Separately, the Digicel West Indies unit has completed the sale of 215 mobile tower and mast sites to Phoenix Tower International. Digicel struck a previous deal with PTI in El Salvador.

“PTI looks forward to continuing to work with Digicel and the other operators on their network buildouts across the Caribbean where PTI is uniquely suited to make investments over the coming years,” said Dagan Kasavana, chief executive officer of PTI.