Last minute tech gifts – plus where to find them today

Left your Christmas shopping a bit late this year? Don’t worry, we’ve got you covered 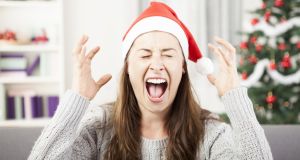 No one wants to be Christmas shopping the day before Christmas Eve. It’s carnage out there. But it’s inevitable; there’s always someone left over. Here’s a quick guide to some good gifts you can still pick up – and more importantly, where you can find them.

Like it or loathe it, Star Wars is back, and now it’s part of the mighty Disney marketing machine. That means a lot more branded merchandise around the shops, and with Rogue One out in cinemas, just in time for Christmas. Most of it is run of the mill stuff, but Propel’s Star Wars Battle Quads are a bit different. They are designed for racing rather than capturing aerial footage, so you can battle it out with your friends (assuming they have one too) complete with sound effects, or simply learn how to manage these things at a decent speed. They go at about 35 miles per hour, and even if you’re not an expert drone pilot, you’ll be able to get to grips with them.

Where to buy: Maplin stocks the TIE Fighter and Speedbike in all its Irish stores; the X Wing is out of stock in its Jervis Street store.

Budget tablets are definitely improving. While it’s still possible to spend several hundred on a small screen, you can now pick up something decent for under €150. Take the Samsung Tab A. The seven-inch version of this device is compact but a good size for younger users, for reading ebooks, or just having handy in your bag for the commute. It’s not the most cutting edge of chips inside, but unless you plan on running massively powerful mobile games, it will handle most things you can throw at it.

Plus the screen is decent – bright, responsive, and definitely doesn’t feel cheap. One thing: the Tab A only has 8GB of internal storage, which isn’t a whole lot, but it can be easily expanded with a micro SD card for under €20.

Where to buy: Arnotts

Most televisions sold nowadays have some sort of smart features, ie you can hook them up to the internet and access online services such as streaming video and catchup TV. But if you have an older TV, want to stream your own video from your devices or just want more control over exactly what new services you can access on your television, the Chromecast is an inexpensive way to do it.

The small dongle hooks up to your TV’s HDMI port and is powered via micro USB, so you can plug it into the wall or into the TV USB port. It uses your home wifi to stream from your phone, tablet or laptop directly to your TV, and there are plenty of services available on it, from Netflix to Spotify. If you are using an Android device, you can (usually) mirror the entire screen on the TV, so you can play locally saved videos on there too.

Where to buy: Harvey Norman

Portable Bluetooth speakers are everywhere these days, and you can spend hundreds on Bose or Sony top of the line devices. If you are looking for a stocking filler, however, the Jam Replay speaker isn’t a bad device for the price. The Bluetooth speaker has a rechargeable battery that will give you about five hours of music. You can hook it up to tablets, smartphones or other Bluetooth enabled devices, streaming your music directly to the device. The Jam Replay is also built to take a bit of rough treatment, with a rubberised body – always a good decision. It also doubles up as a handsfree kit for your smartphone, with a built-in microphone.

Where to buy it: Curry’s PC World has it in Dublin, Waterford, Galway and Cork stores.

Yes we know it will probably end up in a drawer within three months, but a new year usually brings a whole host of New Year resolutions. Maybe one of them is to be more active, in which case the Fitbit Flex might be worth investigating. You might remember the original Flex: a silicon strap with a small chip that tracked your activity inside. The new version is slimmer, water resistant and tracks activity and sleep automatically. You can still remove the core and swap bands; if you really want, you can spend out a bit on the silver bangle or pendant, which looks more like jewellery and less like an ugly activity tracker.

Utterly sensible, but don’t underestimate the usefulness of one of the portable power banks, especially if you’re a heavy smartphone user. When you are choosing one, there are a couple of things you need to look at, The first is battery size, both in your phone and the rechargeable power pack. The iPhone 7 Plus, for example, has a 2900 mAh battery. Cheaper power packs won’t come anywhere near charging it fully because they have a lower battery capacity – some are under 2600 mAh. Another thing to look at is the amperage rating. If you are planning on charging a smartphone, these battery packs will do fine; for a tablet, you may find they fall short though.

The Belkin Mixit Power Pack has a 4,000mAh battery, which will give you hours of power. It may not charge an iPhone & Plus completely, but in real world tests I’ve got close to a full charge out of it.

One thing: you can get battery packs that are built into cases or your phone, doubling up as protection for your device. But the drawback is that you can only use them with a specific device. If you change phone, you will have to change the battery pack too, and they aren’t cheap to replace.

Where to buy: Harvey Norman has stock in all its stores around the country for pickup, although some colours have limited availability.