Intercom co-founder among those to invest €4.2m in Irish start-up Modulz 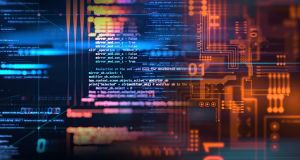 Founded by Colm Tuite, Modulz has developed a unique visual editor for designing and building digital products that does not require users to write code. The company’s aim is to redefine workflow between developers and designers by creating a better design tool.

The company’s solution has yet to publicly launch although a beta programme is planned to go live in November.

Modulz earlier this year raised $36,000 from almost 400 backers on a Kickstarter campaign.

Mr Tuite previously developed the design and animation tool Plexi, which was acquired by UK start-up Marvel in 2015 for an undisclosed sum.

“We want to expose as many people as possible to the power of code, but in an environment that looks and feels familiar,” he said in a blogpost announcing the latest funding.

“We want to fix the disconnect between design and code, and save companies time and money, so you can focus on building your products,” he added.

Finn Murphy, an investor at Frontline Ventures, said he believed Modulz is going to change the way everyone builds design products

“Colm is one the first of a next generation of Irish founder. He values product execution and customer joy above all else and isn’t constrained in his ambition or the way he runs his company, by the restricting borders of this island or any country for that matter,” said Mr Murphy.

“He’s a great example that if you pursue a problem which you are truly passionate about and have the knowhow to solve, then there is significant venture capital funding available to you both at home and abroad,” he added.

Modulz is now believed to be in the process of seeking to raise further funds in the US as part of a Series A found.

1 In six months we will be in the grip of a 1980s-style recession
2 Chartered Land moves closer to approval for Dublin’s tallest tower
3 Property price drop of up to 12% this year a ‘reasonable’ assumption – McDonagh
4 Angela Merkel sweeps in to save the euro zone
5 Donohoe warns of cost of pandemic as budget deficit swells to €6.1 billion in May
Real news has value SUBSCRIBE