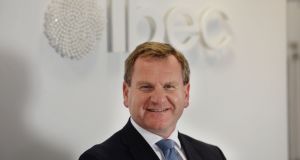 At a time when rural Ireland is crying out for reliable, high-speed broadband, it seems counterintuitive that a number of county councils would be objecting to the roll-out of next-generation 5G technology.

Councillors in Clare, Leitrim, Sligo and Wicklow have passed motions raising objections to 5G on health grounds. Concerns about the impact of mobile masts and associated infrastructure, and the radio waves they emit, have existed for as long as the technology has been around, although the jury is still out on whether there is any harmful impact on humans.

This recent surge in opposition has prompted Ibec to spring into action on behalf of its telco members to urge Minister for Communications Richard Bruton and Minister for Local Government Eoghan Murphy to tackle these “populist” objectors.

Vodafone and Eir have already launched 5G services here, while Three is expected to do so shortly. Between them they will spend many hundreds of millions on their roll-outs.

In his letter Ibec chief executive Danny McCoy noted that it would be a disaster for businesses here if 5G was blocked in any way, as they could potentially miss out on a slice of the $12 trillion of global economic output that is expected to be enabled by 5G.

He also highlighted how the UK had prioritised investment in 5G in a post-Brexit environment.

McCoy urged a “prompt” response to the concerns of councillors, adding that a letter to county councils around the country would be “very valuable”.

He also helpfully suggested a mechanism to deal with this potentially thorny issue – an “expert scientific panel”to be convened under the auspices of the Environmental Protection Authority to “monitor on an ongoing basis the standards regarding exposure to 5G”.

McCoy’s political antenna is always finely tuned to a solution.