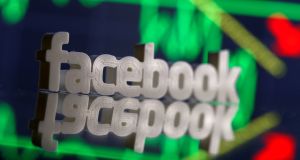 Facebook is still up 355 per cent from its IPO price six years ago.

Americans and citizens of the world might appreciate a humbled Facebook. Its shareholders less so. The social network seems to be constantly apologising for some mishap. On Wednesday afternoon, the group announced a strong quarter with users up 11 per cent and ad revenues 42 per cent higher year-on-year, respectively. Shares nevertheless dropped a fifth in after-market trading.

The reason is a revenue growth deceleration from the first quarter by seven percentage points. Worse yet, Facebook said that the clip of deceleration would persist for the rest of 2018.

Facebook has never been afraid to say it was investing heavily in employees, R&D or security and that profits would suffer somewhat. Its indestructible shield has been eye-popping revenue and user growth. The dent comes with a loss of $127 billion in stock market value.

The company admitted that part of the upcoming slowdown would be from giving users more choices on privacy features. In Europe, the GDPR standards cost Facebook 1 million users (it now has about 280 million users there). But Facebook also said that newer, high-growth products like the video-based Stories, for now, are less lucrative. The company said expenses would grow at 50 to 60 per cent, well ahead of revenue growth. As a result its operating profit margin which used to be above 50 per cent will drift into the high 30s.

The shift from hyper-growth mode to just high-growth mode is never painless if it happens suddenly. Facebook’s troubles are exacerbated, because as it approaches the limits of the digital ad market, it also faces headline risks of stricter regulation, scandal and user fatigue.

Facebook is still up 355 per cent from its IPO price six years ago. The fallout from privacy breaches, fake news, and harassment may be far from over. But investors should consider buying the very sharp dip. Facebook trades at 30 times forward earnings, while those earnings are forecast to grow 25 per cent annually. The one thing that has been consistently humble about Facebook is its valuation.