How to . . . get the latest version of Android

Android 10 brings new features and better privacy, but not every device is eligible for the update 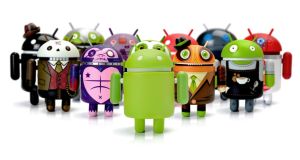 As Apple gets ready for its event on Tuesday, Google has begun making the latest version of Android available to customers.

Android 10, formerly known as Android Q, brings lots of new features, from a dark mode throughout the operating system to better privacy and security, gesture controls and live captioning for your media.

Google has also ditched the cutesy dessert names and gone for a straightforward number this time around.

The good news is that Android is rolling out to phones already. The bad news is that not everyone will get it, and those who are eligible won’t get it at the same time.

What phones are eligible?

To see what phones will be getting the Android 10 upgrade, go to the Android website and check here. There’s a decent spread of manufacturers, including Google’s own devices, Samsung, Huawei, OnePlus and Motorola.

How to check for the update

Google Pixel phones are getting the update first. To check if your update is ready, open Settings and scroll down to System >Advanced >System Update >Check for update.

On Samsung phones with Nougat, Oreo or Android Pie, go to Settings>Software update and if there is an update ready, it will be there to download. You may have to check for the update manually. Don’t get your hopes up just yet though, it may take some weeks to appear. You could also enable automatic downloads, by switching the Auto download over wifi switch to on.

Samsung phones with older versions of the operating system and other manufacturers such as Nokia have the update in the under Settings> About device.

What if there is no update available?

First, check if your phone is eligible for the Android 10 update - it may be the case that it is not. That doesn’t mean your phone will stop working; there are plenty of Android phones out there that are using Android 8 Oreo and older.

If it is eligible, you will just have to be patient and wait for the update to become available.