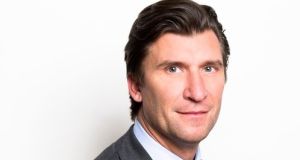 Alex Matuschka von Greiffenclau joined Digicel as CEO last February and had been a key figure in the group’s months-long negotiations with bondholders on a debt refinancing,

The chief executive of Denis O’Brien’s Digicel telecommunications group, Alex Matuschka von Greiffenclau, has died suddenly while holidaying with his family in his native Germany.

“No words can adequately express our sadness at Alex’s passing or our gratitude for having worked with him,” said Mr O’Brien, the group’s chairman, who has stepped in as interim CEO following Mr von Greiffenclau’s death on Thursday, in a note to colleagues on Friday. “Digicel has lost a committed hard-working and exceptional chief executive.”

The 47-year-old joined Jamaica-headquartered Digicel last February and had been a key figure in the group’s months-long negotiations with bondholders on a debt refinancing, which concluded last week. It involved the majority of holders of $3 billion (€2.6 billion) of bonds in the heavily-indebted company agreeing to swap their notes, which were due in 2020 and 2022, for longer-dated securities.

The accord followed almost four months of negotiations with bondholders in the group, which has a $6.7 billion (€5.85 billion) debt mountain.

Mr von Greiffenclau, who succeeded former Digicel chief executive Colm Delves, joined the group from Dutch-based telecoms company Veon, which was previously known as VimpelCom. Prior to that, he served as a senior executive with Finland’s Nokia.

The executive is survived by his wife, Julia, and three children, understood to be in their teens. No further details were immediately available on Friday evening.

“Those of us who have been fortunate enough to know him on a personal level have lost a dear friend,” said Mr O’Brien. “Over the coming days, we will share our thoughts for a suitable commemoration of Alex and his enormous contribution to the transformation of Digicel.”

On joining Digicel, Mr von Greiffenclau inherited a group restructuring plan, known invariably as either Digicel 2030 or Project Swan, which included a plan, outlined in February 2016, to cut more than 25 per cent of the group’s staff – or more than 1,500 roles – over 18 months.

Mr von Greiffenclau also spearheaded an initiative, outlined to bondholders earlier this year, to reduce Digicel’s debt to 5.7 times earnings before interest, tax, depreciation and amortisation (ebitda) from a ratio of 6.7 times at the end of the group’s last financial year in March.

The blueprint is predicated on boosting earnings by 10 per cent to about $1.1 billion (€960,000) for the current financial year, and generating about $500 million (€480 million) from asset sales. Digicel executives signalled to analysts in November that as the sale of non-core assets is dragging on, it may not reach the debt-to-ebitda target as originally planned at the end of March 2019.