Google takes a hit but will it be consumers that ultimately lose out?

Company fined €4.3bn penalty but true cost of fine could be to smartphone users 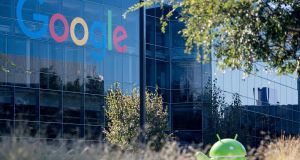 That Google has been fined a record €4.3 billion fine isn’t totally unexpected. Everyone and their dog knew it was coming, it was just a question of when it would land. While the search giant may huff and puff over the size of the penalty and the reasons for it, it is unlikely the decision will be reversed. Moreover, unless Google acts quickly to cut out the anti-competitive behaviour it has been found guilty of, the size of the penalty could increase.

The company’s parent Alphabet recorded revenues of $110 billion last year. This means it generates about the same amount of money as the initial fine every 16 days. While it might be the biggest penalty ever dished out by the European Commission, it is still just spare change to Google.

For the European Commission, the levying of the fine will be seen as a significant victory, and one that mirrors its decision to stop Microsoft from bundling its Internet Explorer browser with Microsoft back in 2001. But is the ruling one that really benefits consumers?

Ibec-affiliated Technology Ireland certainly doesn’t think so. It was quick out of the traps on Wednesday to say the Android competition case could have a number of unintended consequences, including “less European innovation, less competition and higher prices”.

It wasn’t the only one to see flaws in the commission’s actions. Geoff Blaber, an analyst with CCS Insights described the whole investigation as an instance of the commission “trying to shut the Google stable door”.

“The size and scale of the Android ecosystem, coupled with the business model interdependencies of Google, manufacturers, operators and app developers, mean the case is decidedly more complex than that of Microsoft’s Internet Explorer bundling. There’s a substantial risk that despite the commission’s best intentions, its action results in unintended consequences that ultimately penalise the consumer,” he wrote in a blog post.

According to Blaber, a key difficulty is that Europe’s stance is one that should have been taken many years ago.

“The commission is shutting the stable door after the horse has bolted. A related problem is that there is no clear alternative to Android. Apple’s iOS is an alternative from a consumer perspective, but Google has definitively beaten any licensable alternatives,” he said.

“Had the commission’s determination been made even five years ago, it would have opened a door of opportunity for others such as Microsoft,” Blaber added.

He went on to say that while Google’s strength was an understandable concern, “overly arbitrary measures could ultimately hurt the consumer and only strengthen the position of a primary competitor in Apple”.