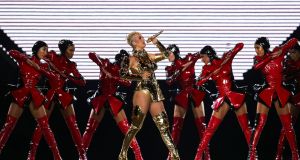 How do you gauge the credibility of a Twitter account? On a platform that doesn’t enforce a real name or a real photograph, it can be tricky. Is it the blue tick, indicating that the user has been verified by the platform? Or is it the follower count? The former has already run into problems, while the latter has never really been 100 per cent reliable, given the trade in fake followers.

Twitter rammed the point home when it announced this week it would be removing locked accounts from its system over the subsequent days, and as a result, some users may notice a fall-off in their follower accounts.

The reason was to help boost confidence in the authenticity of follower numbers, one of the most visible features on the platform.

The accounts in question were locked by Twitter’s team when they started displaying unusual behaviour – a high number of unsolicited tweets at other users, or spreading misleading links, for example.

The account holder was contacted to verify they are still in control of the account. If there was no response, the account remains locked, and will be removed from the platform. Locked accounts can’t tweet or “like” updates on the platform. Essentially, it’s a read-only mode.

How severe the impact has been depends on how many followers you had to start with. For example, the average user might see a handful of followers depart. Spare a thought for Katy Perry, who lost 1.5 million followers overnight.

Barack Obama saw his account drop from 104 million to 101 million, while current White House resident Donald Trump sank back to 53 million, from 53.4 million.

Ironically, Twitter’s own account was one of the worst hit, losing 7.7 million followers.

The end result will be a 6 per cent drop in user numbers on the site. That won’t have an impact on figures for daily or monthly active users. But will the purge restore trust in Twitter? That is a more difficult question to answer.