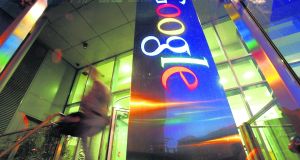 Google’s 1,300 employees at its €300 million Boland’s Quay development in Dublin 4 will have easier access to a planned juice bar, a barista coffee bar and a large gym in its new office tower plan.

This follows Google Ireland securing the green light to construct two link bridges to connect the two tallest towers in the scheme.

Work is continuing on the ambitious project which comprises of three new landmark buildings, one rising to 53 metres, another to 49m, and a third to 47.8m.

According to architects Henry J Lyons, the project involves the addition of “lightweight and transparent link bridges” spanning 22m to 24m between the 11- and 12-storey office towers.

Explaining the rationale behind the concept of the link bridges, Henry J Lyons state that “key to the fit-out concept of the office towers is the idea of connectivity at the points of greatest activity and interaction”.

Boland’s Quay will be linked to Google’s Europe, Middle East, and Africa (EMEA) headquarters on Barrow Street via walking routes through the site.

The planning permission also allows Google Ireland to proceed with changing the use of the ground floors of the towers from office use to shop, restaurant and cafe units in spite of concerns by six households on Barrow Street.

Consultants for the local residents, Marston Planning Consultancy contended that if the ground floors can be used for shops, cafes and restaurants, the impact for the residents living in the homes on Barrow Street “will be negative and profound”.

However, the planner in the case stated that the change of use at ground floor “will help animate the street and allow for the development of this area of the city”

The residents also argued that the planned bridges between two tower blocks “will further reduce natural sunlight” to the residents’ properties.

However, the council stated that the bridges are considered “to be acceptable and will improve the functionality of the two buildings. The bridges have been designed to complement the buildings”.

3 Eirgrid proposals to include €2bn power line around Irish coast