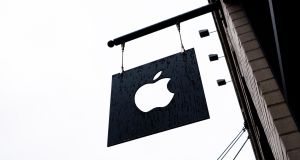 Apple will consider hiring any contractors who were involved in its controversial Siri “grading” programme before it was suspended when it ultimately resumes the work in the coming months, the company confirmed on Monday.

Staff who worked at Apple’s Cork facility through two contracting companies – Globetech and Lionbridge – were let go from the Holyhill site when the tech giant suspended the Siri grading programme as a result of concerns over data privacy.

But those staff will be able to apply for new internal roles when Apple restarts the programme this year.

It is understood that the jobs will be available to workers who had contracts with both companies whose skills will likely be viewed as relevant for new hires at the facility.

The Guardian newspaper had previously reported that about 300 staff were employed through contractors to work on the Siri grading process. However, Apple has not confirmed this figure because it had a service-level agreement with the two contracting companies. This means that it was paying for a certain level of service, rather than for a certain number of employees to carry out that service.

In any event, it is expected that many of the jobs will be kept at the Cork facility because it previously played a significant role in the grading process. A statement on Saturday said: “Our headquarters in Cork will be a primary site for our opt-in Siri grading programme, which will restart this autumn.

“As we build our team, our priority will be to consider hiring contractors who were doing this work before we suspended the programme.”

Apple suspended the Siri grading process at the beginning of August in response to concerns over privacy. Last Wednesday, the company said the programme would return this autumn after it made a number of changes.

Siri is Apple’s voice assistant, installed on devices including those in its iPhone range. The company had been operating a “quality evaluation process”, which it called grading, to ensure that Siri was delivering accurate results to users.

But the company was forced to suspend the programme after a report in the Guardian said the company’s contractors regularly heard confidential information and private conversations. The sample of Siri requests heard amounted to 0.2 per cent of the total and the data was anonymised, according to Apple.

Subsequently, Apple communicated to contractors, including those in its Cork plant, that it would no longer need their services.

On Monday, Solidarity TD Mick Barry suggested that only Lionbridge staff, who remain on paid leave until September 10th, could apply for the new internal Apple roles when the company begins its recruitment.

But Apple confirmed that is not the case, and that employees of Globetech, whose contract ended on August 20th, would also be able to apply for the roles.