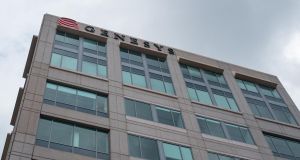 Genesys, which sells software and cloud technology to call centres, filed documents in recent days outlining the transaction with the Irish company, which has been renamed Genesys Telecommunications Laboratories (GTL).

A Genesys company in California has paid €1.3 billion for a share in GTL, according to the filings. Another group company, Greeneden Lux 3 Sarl, based in Luxembourg, has also paid €145 million for another share of GTL.

It is, in effect, a circular transaction and the huge sums of cash won’t stay in the Irish unit. The cash goes to GTL, which then uses it to acquire the IP assets from other Genesys group companies.

The net result is a cash-neutral transaction, with a fair value of more than €1.4 billion attributed to the assets.

The Republic has an attractive tax-efficient regime for multinationals that choose to shift IP into the State, with generous capital allowances that can be written off against profits.

“Like other global companies, we periodically review our corporate structure and, when appropriate, undertake a restructuring to optimise our business,” said Genesys. “Transitioning assets to Ireland was a normal part of that process as we continue to grow.”

The US group confirmed that the €1.4 billion assets it is shifting into Ireland is “primarily” IP.

GTL builds customer service software for online retailers and other clients from the company’s base in Galway.

As Altocloud, it was founded by Mr O’Sullivan and his business partners Dan Arra and Joe Smyth, a member of the family that owns Smyths Toys. Pádraig and Tony Smyth, who control the toy retailer, were early investors in Altocloud.

Its other backers prior to its sale included Denis O’Brien’s Digicel and Irish-US tech investor John Hartnett, a former director of Aer Lingus.

Genesys announced in November that GTL will hire 200 new staff as the US group looks to make the Irish unit a centre of research and development and artificial intelligence.

1 Brexit: System agreed for Irish goods to skip checks on UK trade
2 High Court appoints interim examiner to Compu b parent company
3 Could your old car be giving away all your secrets to its new owner?
4 Why are markets booming when a crash is on the way?
5 How much do Irish people earn? And what will Covid-19 do to our wages?
Real news has value SUBSCRIBE