Classes offered in strength, cardio and balance to users in comfort of their own home 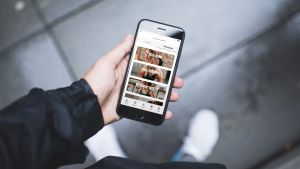 Not only is the app easy to set up and connect to the various extras you can buy, it is also really well designed

I have a shelf full of fitness DVDs that have fallen out of favour as fads have come and gone. Add to that the growing list of apps that are making it into the “rarely used” list on my phone and that’s a lot of wasted effort that could have been better employed in actually using the things.

But I’m nothing if not optimistic, so I’m open to trying to something new. Fiit is an app based fitness studio, offering classes in strength, cardio and balance to users in the comfort of their own home. At first glance it doesn’t seem like it is doing anything particularly different - there is a whole industry of fitness apps vying for attention and ultimately hoping to sign up subscribers - so why does Fiit stand out? It’s down to two things: it’s easy to use and there’s enough variety to keep you interested.

The problem with apps is that they are on a small screen. Squinting at the trainers while the sweat pours into your eyes is so much more difficult on a five or six inch screen, so Fiit has come up with an easy way to get your training on the big screen: they’ll sell you a £10 branded cable that hooks your iPhone up to the TV. Yes, you can opt for a bit of screen mirroring if you already have an Apple TV, but if you don’t, or are a little less technically inclined, the cable is a good option. It also means you can take it with you if you are a frequent traveller.

Then you have the Fiit tracker. When you take out a premium membership with the app - £120 (€135) for a year or £45 (€51) every three months - you get the Fiit tracker thrown in as part of the package. That’s a £65 device, according to Fiit, and it will track your heart rate and reps as you follow the classes, throwing them up on the screen so you can see how you are progressing.

The Fiit device is actually a rebranded Wahoo Tickr and while it may seem unnecessary, being able to measure your performance against your past sessions is handy. Plus it will help keep you on track and performing the moves correctly; a half-hearted push-up or squat won’t count, but a properly performed one will. Realisation number one on this test: I don’t do either properly unless there is someone - or something - watching for the correct form. While it’s not impossible to fool, it takes more effort to do that than to actually do the move properly in the first place.

In cardio classes, where the goal is get the heart rate up, reps aren’t counted but you have to get your heart rate to a certain zone and keep it there. That is harder than it sounds, but having the motivation of your heart rate displayed in real time on the screen is a boost.

Getting that tracker set up is easy enough. When you start a class, you’ll be asked if you want to connect the tracker each time and walked through the steps - strap it to your chest and look for the red/blue lights. It even arrives in its own storage case.

The variety within both the classes and the workouts themselves is another major bonus of the app. With app-based classes the instructions need to be clear to make sure you don’t either waste your time doing things incorrectly or injure yourself in the process, which the instructors manage to nail. Since the opportunity for cheating and skipping exercises is high, it also needs to be varied enough to hold your attention. Regardless of whether you prefer yoga to pilates, bodyweight circuit training to kettlebells, or stretching to combat classes, there is an instructor and a class that will cater for your needs.

You don’t have to pay for the subscription either. There is a free version of Fiit – no tracker, limited class options – that dangles the prospect of something really good. Most of the app remains behind a locked paywall though, which was far too tempting for me.

Not only is the app easy to set up and connect to the various extras you can buy, it is also really well designed. Other fitness providers could learn something here.

This is iPhone only for now, although an Android app is in the works. Also, if you are in the world of free apps, the subscription fee might be too much to swallow.

The heart rate monitor included with the subscription is a Fiit branded Wahoo Tickr X. It works well for Fiit classes, but you can also use it with other apps.

Easy to use, cheaper than a gym and offers enough variety to keep most people happy.