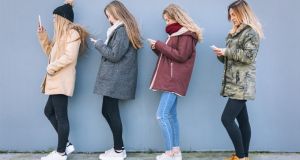 The Step card is linked to the Step mobile app which enables users to send and receive money instantly, shop online or in-store and use digital wallet platforms.

Online payments company Stripe has led a $22.5 million (€20 million) funding round for Step, a mobile banking start-up aimed at teenagers.

Step, which was founded a year ago, is aimed solely at the ‘pre-banked’ generation and aims to teach them financial literacy through its mobile app.

The funding round was also supported by existing investors Crosslink Capital, Collaborative Fund and Sesame Ventures, as well as a number of well-known personalities including rapper Nas, actors Will Smith and Matt Rutler and former American football player Ronnie Lott.

Step was established by CJ MacDonald, who sold his company Gyft to First Data for more than $50 million in 2014, and Alexey Kalinichenko, a veteran of companies including Square, Google and Microsoft.

“Step will help teenagers responsibly participate in a financial system that’s moving online and teach money-management skills through direct experience. We’re thrilled to support its efforts,” said Jordan Angelos, head of corporate development at Stripe, who is joining the company’s board.

Stripe’s backing comes as the company founded by Limerick-born brother Patrick and John Collison said it had teamed up with MasterCard and Evolve Bank to develop the Step Card, which it is hoped will soon be US teenagers’ first spending card and first bank account.

The card is linked to the Step mobile app which enables users to send and receive money instantly, shop online or in-store and use digital wallet platforms such as Apple Pay and Google Pay. The Step card is integrated with a fee-free, interest-bearing deposit account and customers are not required to have a minimum balance and are not charged any hidden or overdraft fees.

The offering also allows parents oversight into their teenager’s spending, providing the opportunity for them to set limits and guidelines as well as have a view into card use.

“Teens and parents are ready for a seamless mobile banking experience, one meticulously designed for their needs,” said Mr MacDonald. “We’ve partnered with the best in the business to create the right solutions for the next generation. As we move into a cashless era where digital content and transactions fuel our daily lives, the need for innovation in financial services increases. We want Gen Z to be more equipped and educated when it comes to money.”

Step is currently in beta with its wait list recently exceeding 500,000 people.

This is by no means the first investment made by Stripe, which has also backed the likes of digital challenger Monzo Bank and Nigerian payments start-up Paystack.

1 Brexit: System agreed for Irish goods to skip checks on UK trade
2 High Court appoints interim examiner to Compu b parent company
3 Ireland faces 'deep downturn' this year and may not rebound until 2024 if there is a second wave
4 Could your old car be giving away all your secrets to its new owner?
5 How much do Irish people earn? And what will Covid-19 do to our wages?
Real news has value SUBSCRIBE