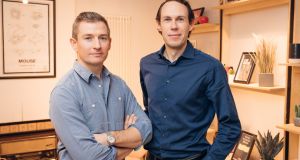 FrontlineX, which bring total funds under management by the VC to $200 million, is focused on growth-stage business to business (B2B) companies that are on target to go public. The fund will invest up to $5 million in individual companies alongside lead investors in Series B, C of D rounds.

Will Prendergast, a partner at Frontline, said the new fund was the first of its kind with the VC “uniquely positioned” to offer support given its deep operating expertise and extensive networks on both sides of the Atlantic

“We genuinely are the first to do this. There is nobody who has orientated a fund solely around European expansion before and the reason why we are doing it is that we know more about the topic than anyone else,” he said.

FrontlineX is led by the former head of Twitter’s Irish operations Stephen McIntyre and Brennan O’Donnell, who has previously held senior roles at companies including Airtable, Euclid, SurveyMonkey, Yammer and Google. In addition to its founders, the fund counts active advisors and limited partners in executive roles at dozens of fast-growing US companies including Slack, Dropbox, Stripe, Segment, Indeed, Facebook, LinkedIn and Workday.

Mr Prendergast said a fund such as FrontlineX was critical because US companies are focusing on regional expansion earlier than they would have done previously.

“European expansion is increasing important as typically the region will account for 30 per cent of sales at the time a company considers an Initial Public Offering (IPO),” he said.

Mr Prendergast said the pitch to companies from VC’s typically is “95 per cent focused on capital and 5 per cent on support,” whereas FrontlineX is intended to turn that model on its head.

“There has been a good reception so far, particularly from serial entrepreneurs who know how difficult European expansion is,” said Mr Prendergast.

Frontline, which also has an office in San Francisco, was founded in 2012 and is managed by partners Shay Garvey (a non-executive director of The Irish Times), William McQuillan, Mr Prendergast and Mr McIntyre.

The VC has backed more than 60 companies to date with recent investments including TeachCloud, Siren, Cloudsmith and Sweepr. It has also recorded a number of successful exits, including Pointy, which was recently acquired by Google in a $160 million deal. Other companies in its portfolio include Boxever, AQMetrics and BrightFlag.

1 ‘Saudi Arabia is where the opportunities will happen in future’
2 MSD buys Takeda biologics plant in Dunboyne
3 AI doesn’t have to kill radio stars, it can create them
4 State’s biggest landlord records 30% rise in rental income
5 Identigen founders make €12m each from sale of company
Real news has value SUBSCRIBE