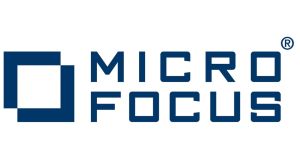 Newly filed accounts show Micro Focus Software (Ireland) Limited recorded a pretax profit of $69.3 million/€65.6 million for the 13 months ending April 30th, 2016. This compares to a 48 per cent rise in profits in the preceding year, to $74 million from $50 million,

Revenues declined from $283 million to $273 million during the reporting period as distribution costs rose by $6 million on the back of increased management charges.

The subsidiary also has a majority stake in Novell Ireland Real Estate, a Dublin-based company engaged in investment activities that retained earnings of $14.5 million last year.

The company’s parent, which is listed on the London Stock Exchange, employs more than 4,500 staff in more than 80 locations. It has in excess of 20,000 clients, including 91 of the Fortune Global 100 companies. Founded in 1976, the Newbury-headquartered company has annual revenues of about $1.4 billion.

1 Basic income for all: Has the Covid crisis given us a new economic model?
2 Only way is up for Stripe as valuation skyrockets
3 ‘I don’t need to do any of this. . .I don’t actually need to work.’
4 Brexit stumbling blocks persist as Barnier travels to London
5 Direct sea routes to Europe offer certainty in choppy Brexit waters
Real news has value SUBSCRIBE