Five tech presents you wanted, but probably didn’t get 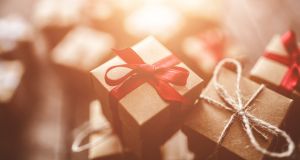 When Nintendo announced plans for a teeny tiny version of its NES console with 30 classic games loaded on to it, we all went nuts. Then preorders opened in the summer, the NES Mini sold out rapidly, and we all went mad again. So if you got one of these under the Christmas, consider yourself very lucky, and us very jealous. They’re currently out of stock everywhere, but we’re hopeful that Nintendo will capitalise on the popularity of the console and make more. There are also rumours of a SNES version in the works. Fingers crossed…

The Pixel Phone is Google’s latest entrant to the smartphone market, and by all accounts, it’s pretty damn good. It’s not officially on sale here yet, but when it arrives, we can look forward to an excellent camera, an all-day battery (again, fingers crossed), Google Assistant built in and unlimited photo storage. Of course you could always go around the official Google store and buy the Pixel from a UK supplier using a service like Parcel Motel, ensuring that even if you didn’t get it for Christmas, your new year can be Pixel-filled.

If you have been eyeing Propel’s Star Wars Battle Quads with interest, you might have noticed the line-up - TIE fighter, X-wing, speeder bike - makes one glaring omission: the Millennium Falcon. That is something that is (supposedly) to be rectified in the coming months, so keep an eye out. In the meantime, you can pick some of the existing quads from Maplin ins-tore, Curry’s online, or buy direct from Propel’s EU store (https://eu.propelsw.com/collections/the-collection)

If you’ve jumped on the high-res audio bandwagon - and invested a wodge of cash into its at the same time - but have a lot of vinyl hanging around, you can kill two birds with one stone by getting hold of Sony’s PS HX500. Not only does it play vinyl records, but it will also connect to your computer and transfer your music to your PC in high-res format. That means you’ll need headphones compatible with the standard, but if you really value your music, maybe you’ve already invested.

Last year’ must-have toy was the BB8, Sphero’s version of the Force Awakens droid. This year, Sphero added the Force Band, which allows you to tap into your inner Jedi and control BB8 with gestures. Pull him towards you, Darth Vader style, push him away and wave your hand to direct BB8. It also works with other connected objects, but we’ll concentrate on mastering BB8 first.

1 Michael Smurfit: ‘I asked Trump to invite me to the White House for my 80th birthday’
2 Small businesses are cannon fodder in zealous anti-virus experiment
3 ‘The recovery needs to be a full-scale economic renewal’
4 ‘I’m so lucky to be in the Caribbean – a million miles from Derry Girls’
5 Ireland stands to benefit in a big way from investing in public transport
Real news has value SUBSCRIBE