Fears for Dublin jobs as Oracle believed to be cutting 1,300 roles 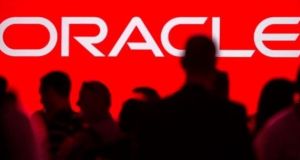 Oracle is the world’s largest provider of enterprise software

Staff at Oracle Ireland have been told the company is cutting as many as 1,300 jobs across Europe, with Dublin among the locations affected. The technology company employs more than 1,400 people in the capital, with Amsterdam and Malaga also likely to be affected by the job cuts.

Staff were invited to an “all-hands” meeting by management on Wednesday afternoon, at which they were told the news.

Staff were told the company is to restructure with employees invited to reapply for other roles. However, one person who spoke to The Irish Times said he was told he should expect to receive notification in the next week of mandatory 30-days notice along with a compensation offer.

“As our cloud business grows, we will continually balance our resources and restructure our teams to help ensure we have the right people delivering the best cloud products to our customers around the world,” a spokeswoman said.

The group’s main Irish subsidiary, Oracle EMEA Limited, recorded losses of nearly €500 million in 2018 after recording a €388 million impairment charge. Turnover at the unit fell 11 per cent to €7.6 billion for the 12 months to the end of May 2018. This compares with revenues of €8.5 billion a year earlier.

Oracle is the world’s largest provider of enterprise software and one of the biggest providers of computer hardware products and services. In recent years it has expanded its business, in a move that has led it to become a leading cloud computing firm.

The technology company, which was founded by Larry Ellison, Ed Oates and Bob Milner in 1977, has a market cap of more than $160 billion (€143 billion). The company recorded revenues of $39.5 billion last year.

Former co-chief executive Mark Hurd, who ran the company in tandem with Safra Catz, died last October. Mr Ellison said in December there were no plans to replace Mr Hurd with a second chief executive.