Company, which is working on a digital wallet, is creating 50 jobs in Dublin 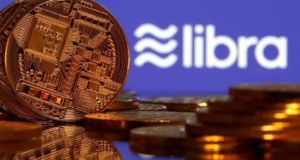 Calibra, a company founded last year to develop a digital wallet for the Facebook-backed libra cryptocurrency project, has rebranded as Novi.

The company, which recently announced plans to create 50 new jobs in Dublin, last month scaled-back plan for libra following significant pushback from regulators and the withdrawal of partners such as Vodafone, PayPal, Mastercard and Visa from the project.

Libra was originally envisaged as the basis of a new global financial system. However, the revamped plans sees it creating a more traditional digital payments system like PayPal.

Announcing the rebrand on Tuesday, the company said while it was changing its name, it wasn’t revising its long-term commitment to ensuring greater access to financial services.

Novi is a subsidiary of Facebook but runs independently of its parent. Founded last year, the company is headquartered in Menlo Park, California.

Once Novi’s digital wallet is launched, users will be able to send money as easily as they send a message, either via a dedicated app or through Facebook Messenger and WhatsApp.

“At Novi we are striving to make money move more freeing around the world and to help people access affordable financial services. Right here in Dublin, we’re growing our team that will support core parts of the Novi wallet, including customer care,” said Novi’s head of operations, Laura Morgan Walsh.

1 ‘No demand... because there are no people’ at well-known Dublin pub
2 Apple’s $250bn Irish dividend, Bank of Ireland’s U-turn, and the cost of divorce
3 Divorce: What will it cost and can you afford it?
4 Apple received $250bn dividend from Irish subsidiary in 2019
5 Transferring the family farm without a tax headache
Real news has value SUBSCRIBE