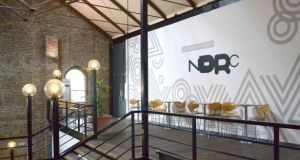 The NDRC provides training, mentorship and investment to early-stage companies, primarily through its accelerator programmes, which include Launchpad

Dogpatch Labs is believed to be in pole position to be awarded the contract to manage the start-up accelerator NDRC, according to multiple sources.

The start-up hub, which is located in the CHQ building in Dublin’s docklands, is thought to be the preferred bidder for the multi-year contract.

The winner is expected to be confirmed in the coming weeks.

Dogpatch is one of three parties that have been shortlisted, along with Sean O’Sullivan’s SOSV, and the incumbent, which has run the initiative since it was founded.

NDRC,which is based in the Digital Hub in the Liberties, was established as the National Digital Research Centre by a group of Irish third-level institutions in 2007.

It provides training, mentorship and investment to early-stage companies, primarily through its accelerator programmes, which include Launchpad. Over the past decade it has invested in more than 280 start-ups, with alumni including highly respected companies such as Boxever, Nuritas and SilverCloud Health.

However, the private entity that currently holds the concession has come in for criticism on a number of grounds in the past, including the high salaries paid to staff.

Dogpatch, which is led by managing director Patrick Walsh, was established as a partnership with Neville Isdell and Meryn Greene, who developed the CHQ Building.

Among the companies to have been previously been based at the 40,000sq ft hub are well-known names such as Intercom, Twilio and Instagram. Current occupants include Cainthus, Assure Hedge and Wia.

The hub is also home to the Alltech agtech accelerator, which was established by the late Pearse Lyons, and of the Google for Start-Ups initiative.

NDRC has received State funding of €43 million in subventions since it was established. It announced total income of €5.96 million in 2018, up from €4.72 million a year earlier even as the amount it received from the exchequer fell from €4.7 million to €3.9 million. NDRC has not published its 2019 annual report yet.

A report produced by consultancy Indecon estimates the NDRC has provided an economic benefit of €73.5 million, against a cost of €55.2 million to date.

All the parties believed to be in the running for the five-year concession declined to comment on the process due to being bound by non-disclosure agreements.