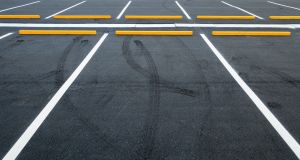 Dublin-headquartered technology start-up Parkio is seeking to raise €2 million in fundraising with the Portuguese equivalent of Enterprise Ireland having already agreed to stump up over half of this.

Parkio, which enables individuals and companies to rent out vacant parking spaces, is headquartered in Dublin but recently opened an office in Lisbon after taking part in an accelerator programme in the city.

The start-up is the brainchild of Rob Kramer, an Austrian who previously co-founded Krüst, an Irish wholesale and retail bakery which was reportedly the first baking in the world to accept bitcoin as payment.

Mr Kramer told The Irish Times that Parkio’s presence in the Portuguese capital was purely accidental and arose after it was invited to take part in the Lisbon Challenge accelerator programme.

This opportunity arose after the start-up last year won InnoApps, a competition run by Huawei in co-operation with the European Young Innovators Forum (EYIF).

Parkio, which is seeking to build a European-wide parking platform, is currently operational in Ireland, Portugal, Austria and Slovakia.

“We got pushed very hard while doing the Lisbon Challenge and it was great for the business. We’re already operating in a few markets and I expect us to be in Spain and Brazil, which obviously both have close links to Portugal shortly,” Mr Kramer told The Irish Times.

“We haven’t expanded as much as we planned to just because things have taken off so much for us in Portugal,” he added.

Portugal Ventures , a venture capital firm backed by the local government and which invests in start-ups working in tech, life sciences and tourism, is among the backers of Parkio.

Mr Kramer said that while still based in Dublin, Lisbon was a good city to build a start-up given the lower costs, particularly for housing.