DocuSign confirms plan to employ up to 1,000 in Dublin 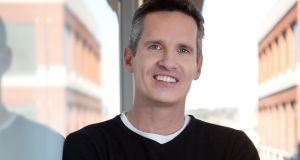 Docusign chief executive Dan Springer: “I’m optimistic that we could have 1,000 employees in Dublin in five years’ time.”

US software company DocuSign plans to significantly increase headcount locally with the aim of having up to 1,000 employees in Dublin within five years.

Speaking to The Irish Times, chief executive Dan Springer said the company was looking to hire across a number of functions, including software engineering, sales and customer support.

“I don’t know of any other place in the world that is more cosmopolitan than Dublin right now in terms of hiring,” said Mr Springer during a recent visit.

“The city is great because there are people from everywhere living here, so as well as being able to take on people who have fantastic language and tech skills, they also really understand the culture of the country with which they are dealing and that’s something you don’t get everywhere,” he added.

San Francisco-headquartered DocuSign, which was founded in 2003, currently employs about 400 people in the Republic and 3,200 globally. It is best known as a provider of electronic signature technology although it has expanded beyond this in recent years.

The company, which raised $629 million in a flotation on the Nasdaq a year ago, assists companies in performing a number of document-related functions, including preparing and storing them. Overall, it has 13 different products which have all been recently integrated under the DocuSign Agreement Cloud brand.

DocuSign first established an office in the Republic in 2015. The Irish Times reported in March that the company, whose clients include Bank of Ireland, had taken on a lease on 9,290sq m (100,000sq ft) of office space in the docklands.

“The building is just a shell right now but we’re hoping to have it completely fitted out by the end of this year,” said Mr Springer.

“We are intending to be very aggressive in the market as we are planning on hiring a lot of people here. Our new building can fit between 800 and 900 people but I’m optimistic that we could have 1,000 employees in Dublin in five years’ time,” he added.

While aware of the difficulties that some tech companies have experienced in hiring locally, Mr Springer didn’t anticipate it being a problem for DocuSign.

“It’s always a challenge to find the right people but I think we are very fortunate because people really want to work for us. This is in part because we’re a software-as-a-service (Saas) company, which is in itself attractive, but in addition we also don’t have the reputational issues that a lot of consumer internet businesses do. What we do is environmentally positive as well because we’re saving people from using paper and that is also something that people like,” he said.

DocuSign, which reported revenue of $701 million for its last financial year, has more than 400,000 paying customers and hundreds of millions of users worldwide.

Mr Springer said the company saw plenty of opportunities, with its agreement cloud being the company’s ‘north star’ in the coming years.

“We are so small in terms of penetration in the market in which we operate. Even in signature we’re only at about 5 per cent of the total addressable market and probably only at 1 or 2 per cent for the whole document cloud,” he said.