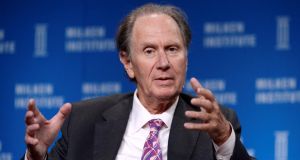 David Bonderman quit the board of Uber after saying, at a company meeting, that having more women on a board meant more talking. 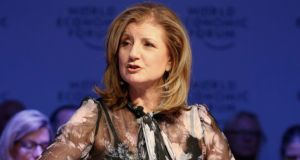 David Bonderman, founder of private equity group TPG, has quit the board of Uber after making a sexist joke at a company meeting, adding to the turmoil at the top of the company after chief executive Travis Kalanick took a leave of absence.

Mr Bonderman is also chairman of Ryanair’s board.

Uber is trying to overhaul a corporate culture known for being aggressive and sexist, and drafted in former US attorney-general Eric Holder to report on the ride-hailing company’s failings and recommend changes.

But at a company-wide meeting on Tuesday to discuss the report’s proposals, it took less than seven minutes before Mr Bonderman (74) interrupted fellow board member Arianna Huffington.

As Ms Huffington was telling staff that research showed boards with one female director were more likely to appoint a second, Mr Bonderman interjected: “Actually, what it shows is that it’s much more likely to be more talking.”

Ms Huffington laughed awkwardly and said it would be his turn to talk soon. After the meeting, Mr Bonderman emailed Uber employees to apologise – and later announced he was resigning from the board.

“I need to hold myself to the same standards that we’re asking Uber to adopt,” he said in a statement. “I do not want my comments to create distraction.”

The incident underscores the uphill battle Uber faces as it seeks a cultural reboot following a series of crises ranging from allegations of sexual harassment, to a lawsuit over self-driving tech, to revelations about Greyball, software it used to mislead regulators.

It has been a dramatic fall from grace for a company that is still Silicon Valley’s most successful start-up, with a record-setting $68 billion valuation.

Uber executives and board members on Tuesday vowed to set the company on a track that would restore its image.

“We are in a reputational deficit,” admitted board member Bill Gurley. “It is going to take us a while to get out of this.”

Ms Huffington struck a slightly more optimistic note: “Today is the end of this investigation and the end of this process, and the beginning of building an Uber that puts people first,” she said.

The process of rethinking governance and culture began just as Mr Kalanick, 40, announced an indefinite leave of absence – leaving a leaderless group of 14 senior executives in charge. The report’s top recommendation was to reduce Mr Kalanick’s responsibilities and hire a chief operating officer, a role Uber has been trying to fill since March.

The prospect of 14 drivers taking the wheel has raised concerns among shareholders that the arrangement will perpetuate the management chaos sparked by the departures of many top executives.

“The value destruction continues,” complained one shareholder. “Management by a committee of grossly unprepared executives is a recipe for disaster.”

Part of the problem is the ambiguity of Mr Kalanick’s role. As a major shareholder and chief executive since Uber’s early days, he plans to remain involved in key strategic decisions and leadership appointments.

However, his departure also presents an opportunity for an incoming chief operating officer and new board chairman to play a much bigger role in reshaping the company.

The recent executive departures have all but wiped clean the slate of Uber’s earliest employees, particularly the exit of Emil Michael, a close confidante of Mr Kalanick’s who was ousted on Monday. The company is currently looking to fill the roles of chief financial officer, chief marketing officer, head of engineering and general counsel.

Uber’s board hopes the new hires will set a new tone. “This company has been run as if it was a small start-up,” said Mr Bonderman to employees. “But now it is not. It has to have training programmes; it has to have appropriate oversight.”

Lack of oversight and poor governance was a key theme running through the findings of the report by Mr Holder and his colleague Tammy Albarran.

Uber now is preparing to appoint an independent board chairman, establish a performance review system for leaders, and change its cultural values. It will also adopt a zero-tolerance policy for substantiated complaints of discrimination and harassment – an indirect admission that previously such complaints had been ignored.

Many of the recommendations seem obvious, from goals and performance reviews to rules on alcohol consumption at work and a ban on sex with colleagues in a direct-report relationship.

“The spoiled brats of Silicon Valley don’t know the basics,” said Vivek Wadwha, a fellow at the Rock Centre of Corporate Governance and the co-author of Innovating Women. “It is a revelation for Silicon Valley: ‘Duh, you have to have HR people, you can’t sleep with each other . . . you have to be respectful’.”

The corporate culture under Mr Kalanick was marked by a willingness to skirt boundaries and ignore rules, an approach that helped fuel Uber’s rapid initial growth but has subsequently backfired.

“This is a company where there has been no line that you wouldn’t cross if it got in the way of success,” said Hadi Partovi, an Uber investor and tech entrepreneur.

The impact of that culture and lack of oversight was highlighted last week, when an investigation into more than 200 complaints of harassment and inappropriate behaviour resulted in the firing of 20 employees.

While many Silicon Valley start-ups experience growing pains, few have been quite as public as Uber’s. As Uber sets out to try to incorporate the basic tenets of corporate governance, a key question will be whether Mr Kalanick can really keep his hands off of the start-up he spent the last eight years building.

In an email to employees, he said he would take time “to reflect, to work on myself, and to focus on building out a world-class leadership team”.

If all goes as planned, when he does come back it will be to a company that is radically different, and where he will play a very different role. – ( Copyright The Financial Times Limited 2017)